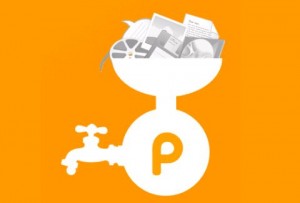 If you are a user of PixelPipe, you will be happy to know that they have recently upgraded their Android App to allow one click publishing pictures taken from your in-phone camera.Â  Simply put, they have streamlined the services provided.

When you take a picture, PixelPipe will now give you a menu right away to add a title, caption and tags to the image, then allow you to pick which social networks you want to upload the image to.

Also included in this update is the ability to publish ALL images taken automatically in the background after they have been taken.Â  (I can see some problems with this, embarrassing problems heh).

In additional news, the Washington Post reported that the CEO of PixelPipe says that their Android App is the most popular app by far when compared to the other platforms they have the program out for.Â  Pixelpipe says it has more new users per day coming from Android than any of the other platforms, and saw a noticeable rise in this stat after the launch of the Droid.Â  It will be interesting to see what the Nexus One does to the user base.

PixelPipe is an app that allows you to syndicate text, audio, video and image files to 120 different social networks, blogs and sites.Â  If you have not tried it as of yet, give it a shot.Â  The barcode for download is included below.