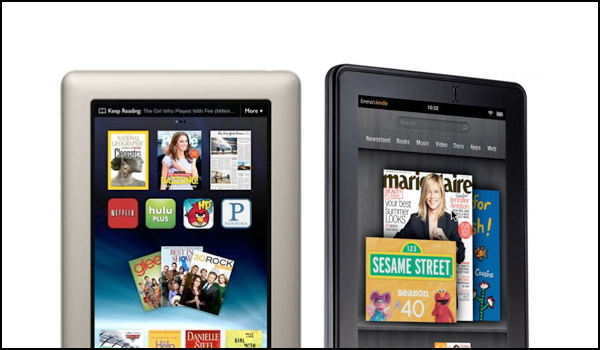 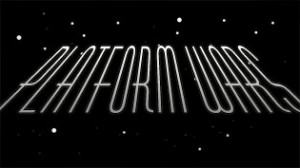 Last night on the weekly podcast, we discussed the Amazon Kindle Fire and the new Barnes & Noble NOOK Tablet, or,  the artist formerly known as the NOOK Color.  Are these actual e-Readers evolving into real tablets or are we witnessing the convergence of gadgets to come?

The e-Reader market has essentially splintered into two definitive platforms: Amazon and B&N.  While Apple and Google both deliver books to their respective devices, the iPad and everything else, they have not caught on with consumers like the greyscale, often 7-inch, e-Readers.  It seems that anything larger than seven inches is not considered as portable and easy to use possibly because of its weight.  But even with those differences, here is why I believe that the new Kindle Fire and NOOK Tablet will grow and continue to dominate their market niche: The Platform.

Amazon is marketing its own Whispersync technology (The Continuous Client), the Silk browser (cached content that is powered by AWS), and of course the e-Books.  While B&N is more traditional in its approach with e-Books and they have a tried and true ‘click and mortar’ strategy with their network of retail stores and kiosks across North America.  Now you may say, ah but the Kindle Fire is sold in Best Buy, etc.  But that’s just a stand-alone device with a small marketing booth whereas the NOOK Tablet is plastered wall-to-wall in many of its stores and a simple question to anyone working in the store will certainly elicit a response, “Have you thought about our NOOK Tablet?”.  Sold.

So how did this turn into a Platform War?  Easy.  If you are reading this, it is safe for me to assume that you have probably have cable/satellite service, an almost 99% possibility that you either have an Android based phone (and/or an iPhone), and maybe even an e-Reader/tablet.  Other than the look and the feel of the product we tend to buy for the service quality and content on the before mentioned devices.  For iOS it may be for apps, for Android it could be because it’s the anti-iOS, etc, etc.  But for services like satellite television services it’s largely a services play.  Not too often do you hear people talke about their set-top boxes and compare specs and UI, not even us geeks.  Nope, what we care about are the service plans, channel and content delivery, and price.  Possibly in a different order, but that’s usually how it goes.  While some services may be region plays, that’s not so with WiFi based devices so there isn’t a Verizon vs. AT&T quality of service issue(s) based on location.

What Amazon is selling is a content delivery device based on services.  The Kindle and NOOK families are essentially set-top boxes for content with built in screens.  Yeah, so apps could be considered the same thing but apps can rise above a platform and be written for multiple OS’es, and be everywhere thus minimizing the specialness of the platform.  Just like the same television channels can be viewed on different service platforms.

B&N brings to the Party:

So essentially there is a new paradigm of devices that depend largely on cloud connectivity for streaming and content.  The Cloud will keep content sync’d across multiple platforms like the Kindle e-Books that will bookmark the last page on one device and enable reading forward on another one.  B&N can do the same with its app as well.  So in closing, these new e-Readers AKA tablets should be approached and decided upon for their ecosystems, content library, and price.  But for my money, I’d love a new Kindle Fire in my Christmas stocking.