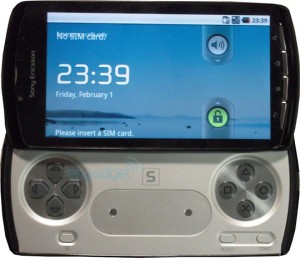 We’ve just gotten word via our friends over at AndroidAndMe that the Sony Ericsson Playstation Phone may be announced next month. SE has invited the press to an event in December, and it’s apparently the “most anticipated presentation of the last 10 years.” This is most likely the rumored Playstation Phone, which leaked last month through some photos on Engadget. How do we know that’s what this announcement pertains to? At the bottom of the press invite, we can see the 4 familiar Playstation buttons, with a phone icon next to them. It doesn’t take a rocket scientist to put two and two together on this one. 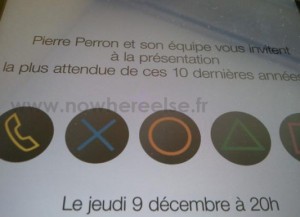 If you haven’t heard of the Playstation Phone, it’s rumored to be running a 1GHz Snapdragon processor (note that SE opted to go with a second generation chipset instead of waiting for the new dual-core processors to be released next year),and probably Android 2.2. No word on pricing or launch date, but stay tuned to AndroidGuys for the latest on this device.

Sony Ericsson Xperia Neo V Makes it to the UK