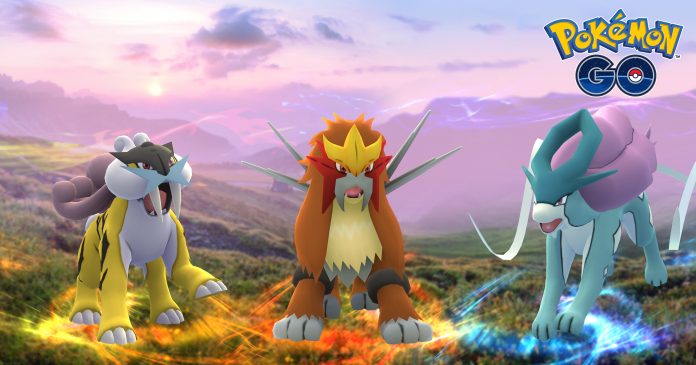 Niantic today announced that the three roaming dogs of the Johto region — Entei, Suicune and Raikou — are now found in Raid Battles around the globe. Starting from August 31 and running for three months, each of the legendary beasts will be battling in various regions.

Each of the legendary Pokémon will be in their respective region for approximately one month. Here’s how things will shake out at first.

Come September 30, the Pokémon move to a different continent where they’ll battle it out for another month. Then, on October 31, they’ll move to the last regions and finish out their limited run.

The legendary birds of Lugia, Articuno, Zapdos, and Moltres are going away — at least for now. While each of them did have limited one-week Raid Battles, Niantic brought them all back together for a few weeks. It’s not clear if, or when, they’ll be back. Hope you caught the ones you wanted!

Formerly known as Exclusive Raid Battles, these will be field-tested over the coming weeks before rolling out globally. Niantic will tweak the system based on previous and ongoing feedback, adjusting requirements, times, locations, and frequency. The first EX Raid Passes will be sent out soon, with those invited able to get started as early as September 6.