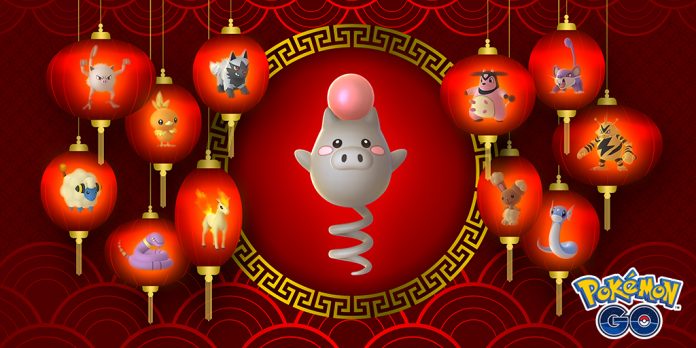 It’s the year of the pig. Niantic today announced a new limited-time Lunar New Year event for Pokemon Go, bringing with it the chance to catch a new shiny Spoink. Why? Because it’s a pig-type, of course.

Starting immediately, and running through February 13, Pokemon Go players should be on the look for increased spawns for the following Pokemon:

As you can tell, each of those listed here correspond to a different animal on the Chinese calendar.

In addition to boosted spawns, the Lunar New Year event will give players other fun stuff. Included in the festivities are double XP for all catches and double XP for evolving Pokemon. Perhaps most exciting, though, is the increased chance of receiving lucky Pokemon as part of trades.

As seasoned players already know, some of the aforementioned Pokemon are available in shiny form. It’s not clear if their respective numbers will be increased for the next few days; however, it’s a great time to pick up candy either way,

If the rumors prove accurate, the next event should start directly after this one and bring about Valentine’s Day-themed fun.