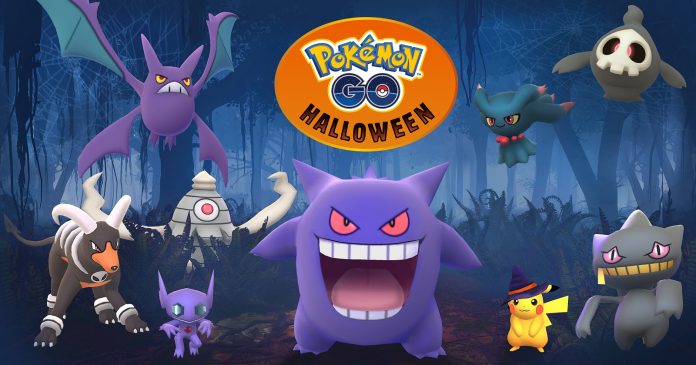 Niantic today announced that Pokemon Go will soon give players a number of new Pokemon as part of a nearly two week promotion. Moreover, the game will also have a variety of other fun things added in over the time span.

Starting from October 20 at 12PM PDT, and running through November 2 at 1PM PDT, players will begin to see new Ghost-type Pokemon like Sableye, Banette when out hunting. These Hoenn regional characters will join others (Cubone, Gastly, Misdreavus, Houndour, etc.) with increased spawns over Halloween.

Additionally, players can look forward to double candy rewards for hatching, catching, and transferring Pokemon. Your buddy will also find its candy type twice as fast.

As we’ve seen in other recent promotional events, Pokemon Go will have special boxes available in the in-game shop. The details aren’t completely fleshed out yet, but they will include Raid Passes and Super Incubators.

As if that weren’t enough, there will be special Pikachu popping up throughout the event. Keep your eye out for the lovable character in a witch hat. Those of you who like to dress up your avatar will appreciate being able to don the all-new Mimikyu Disguise Hat.

Looking ahead a few weeks, the rest of the Hoenn-based Pokemon will find their way into the wild. First seen in the Pokémon Ruby and Pokémon Sapphire video games, they’ll pop up gradually starting in early December.