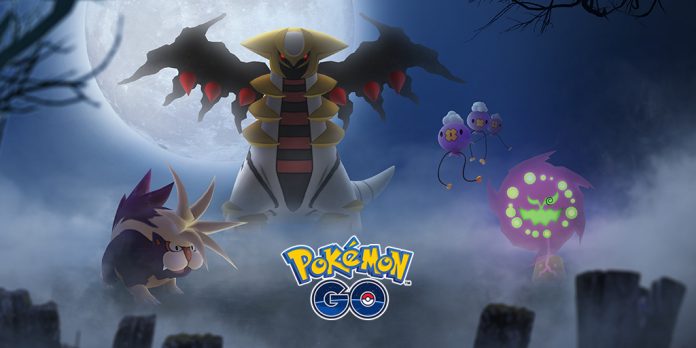 A Halloween Event has started in Pokemon Go, bringing about new Pokemon, research tasks, and more. If you’re on the quest to round out your Pokedex, the next few days will prove to be quite fun. It’s Pokemon Go Halloween Event time!

Starting immediately, and running through November 1, you’ll find more Dark-type and Ghost-type Pokemon spawning in the wild. Chief among them will be those originally found in the Sinnoh region (Gen. 4). This includes Stunky and Drifloom, with a chance to catch or evolve shiny version of Drifloom and Drifblim.

Also back for the event is the Witch Hat version of Pikachu; a shiny version of the wildly popular Pokemon can be captured as well.

Raid battle are getting a shakeup as Mewtwo leaves and Giratina takes its place. From October 23 through November 20 you’ll find the new boss in tier five raids. Gather up your friends and take on the Legendary Ghost- and Dragon-type Pokemon.

Field Research tasks have received a punch-up as part of the event with tasks and rewards that compliment the event. Moreover, a new Special Research has been added to the game, giving players a chance to earn Spiritomb.

And, as if that wasn’t enough, there’s a double catch bonus on candy during the Pokemon Go Halloween event. That means you can toss a Pinap Berry and earn four times the normal candy for catching your Pokemon. Oh, and check out the Shop and you’ll find some time limited time boxes, too!