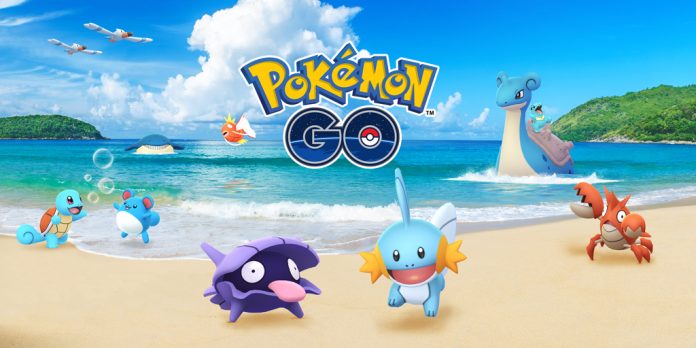 Pokémon fans rejoice! The Water Festival is back in Pokémon GO! From now until June 21 at 1:00 pm PDT, players will once again be given the chance to win a powerful Legendary Pokémon and a variety of bonuses.

What’s more, since this is the Water Festival, Water Pokémon such as Magikarp and Totodile will pop up more frequently throughout the duration of the event. And catching any Water-type creatures will award you three times the amount of Stardust you’d normally receive. Sounds exciting yet?

Water Pokémon will appear more often in Raid Battles, too. Now it’s your chance to battle in Kyogre raids. And, if you are incredibly lucky you might even stumble upon the Shiny form version of the oversized whale; A Shiny version of Shellder will also be available.

Shiny Pokémon aren’t really different from regular Pokémon, except for aesthetics. Even so, gamers love to hunt them down, because they look extremely cool.

Niantic also confirmed that 2km Eggs will hatch Pocket Monsters like Totodile, Mudkip and Corphish, with Double Candy and Stardust being offered for every Egg hatched.

As you can see, it’s a pretty great lineup of bonuses for those who like to play every day, with the event scheduled to run for a while.

The Water Festival debuts just two days after Adventure Week has come to an end, which gave Rock-types a chance to shine.

Remember that the new event will run through June 21. This means it will overlap with the June Community Day, which is scheduled to kick off on June 16. This will be a small three-hour event that will offer its own perks including 3x catch XP and increased spawn of Larvitars.

Looks like Pokemon trainers are going to have a busy, busy summer!