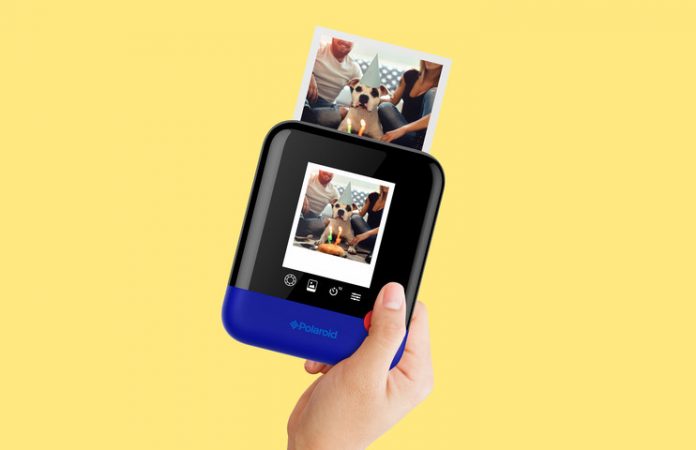 Remember Polaroids? The memories of taking a picture, ejecting a film and waving it around until a picture formed will be burned into my memory until the end of time. Polaroid is trying to capitalize on that nostalgia by announcing the Polaroid Pop, a new digital camera that will allow you to print your pictures on the spot in the same format as Polaroid pictures of old.

First, the nuts and bolts. The Pop is a digital camera with a 20MP CMOS sensor and dual-LED flash. The camera features Bluetooth, WiFi, a 3.97″ LCD touchscreen, and a microSD card slot that can take cards up to 128GB. The camera can also shoot 1080P but no word on if it can do 60 frames per second or will be capped at 30FPS.

At the heart of the camera is the Polaroid Zip Instant Printer. The onboard printer will allow you to print out a 3×3 picture onto the classic Polaroid frame, and thus end up with a 3×3 image on a 3×4 picture. The camera can also connect to other devices via WiFi or Bluetooth to allow them to use the printer function. A photo editor with a number of picture enhancements, stickers, filters, and the like will also be available.

Now, I hate to doubt Polaroid because they have a ton of experience in the photography world and have exactly none, but I just don’t see who is going to buy this. Younger kids don’t care about printing pictures, hell they would rather them disappear on Snapchat. Maybe Polaroid is banking on nostalgia to be enough for the 30+ crowd to pick one up… but with pricing and availability details not released yet, it’s hard to say if it would even be worth the cost. I loved Polaroids growing up, but this isn’t anything I’d be remotely interested in. My pictures live on my phone now and I’m happy with that.

We’d love to give you more pictures of this thing or pricing, but those aren’t available to us right now because Polaroid hasn’t released them. There’s a vague Q4 2017 release date for this thing if it ever actually sees the light of day. Polaroid went on for several sentences about the company it teamed up with to design this thing (Ammunition) how it had won awards for its work with brands like Beats By Dre., Adobe, Square, Lyft, and Williams-Sonoma, but I’m not seeing it. It doesn’t look great and the functionality feels redundant and unneeded.

Polaroid has been putting out variations of the same thing for years now and I honestly have no idea how the company is still afloat. Please, Polaroid, heed these words: Innovate or Die.

This smartphone would make the whole Star Trek crew jealous