Polaroid announced on Wednesday their new range of unlocked smartphones. No beginner in the market,  we have previously seen a few Android devices from the company known for its camera’s. The new range comprises of two smartphones with reasonable specs, the one model with different screen sizes. They are on display at CES 2016, but will be available in the market within the next few months.

The interesting model here is the Polaroid Snap. It comes in three different variants, each with the same specs but with different screen sizes – namely 5″, 5.5″ and 6″. All variants have a 720p display. An unnamed quad-core processor runs with 2GB of RAM. The 16GB storage can be expanded with a MicroSD card, which should also help with the large images coming from the 13MP back shooter. Stock Android Lollipop 5.1 is installed.

The different screen variants is something we’d like to see on upcoming flagships. 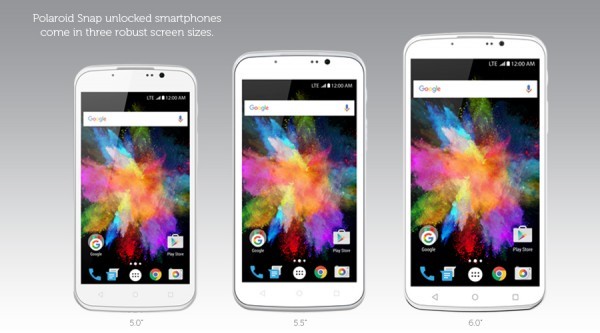 The Power model is the one with the good spec sheet however. Coming in at a large  6″, the 64-bit octa-core CPU is complimented with 3GB of RAM and expandable 32GB storage. A 13MP shooter adorns the back while a reasonable 3000mAh keeps the lights on (although you get a 8000mAh battery pack thrown in the package). 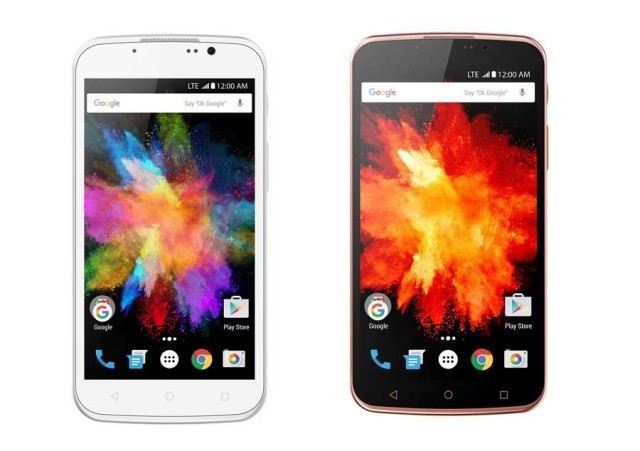 The Polaroid Snap comes in a variety of colors including black, white, blue, and pink. The SRP is between $129.99 – $179.99 and it will be available by February. The Polaroid Power only has one color, platinum, and it will retail for $249.99. It is expected to become available around spring.