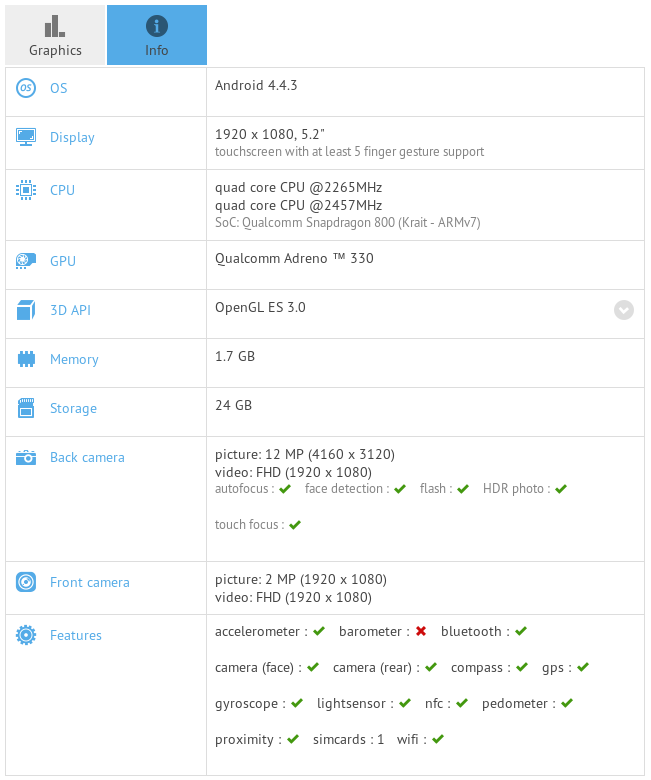 There has been plenty of talk of Motorola releasing a new flagship phone this year, to take the baton from their current Moto X, and the popular name for this yet-to-be announced device is Moto X+1.  Now, pocketdroid.com has reported that a new prototype phone dubbed “XT912A” (the same prototype number given to the current Moto X back in its pre-release days) has shown up on the GFX Bench website.

The specs of this version of XT912A includes a 5.2″ screen at full HD, quad-core Snapdragon 800 CPU, 12MP rear/2MP front cameras, and 1080p video recording.  No photos or other details exist yet, however, and it cannot be confirmed whether this prototype number is in fact the next Moto flagship.

Personally, as an owner of a Moto X, I’m very curious to see what Motorola will do to top this current device.  What about all of you; what’s on your X+1 wishlist?  Comments welcome!