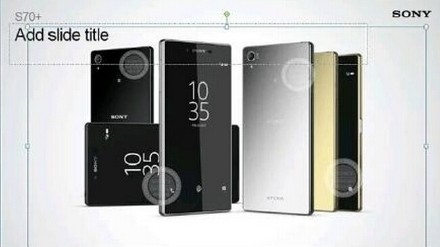 If you were not impressed by Samsung’s announcement today, maybe some good ol’ leaked picture will cheer you up! Coming from a source in China, these are rumored to be press shots of an upcoming Sony smartphone, presumably the Xperia Z5+. At one point, Sony said they may be going away from releasing phones twice a year, but recent rumors are the company is gearing up for a Z5 release later this year. 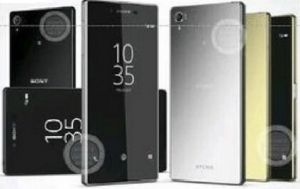 Little is currently known about Xperia Z5+, but some rumors claim it will run on a Snapdragon 810 and sport a QHD display. A Snapdragon 810 may worry some because of the overheating problems Sony’s newest Z3+ has been experiencing.

There is a lot of pressure riding on the Xperia Z5+ after the Z4 failed to impress many users. Sony has been having financial trouble in its mobile division and does not see many phone sales. People have attributed poor sales to Sony’s biannual phone releases in which little changes from phone to phone. Sony needs a drastic upgrade to come with the Z5+, or they could be looking at serious trouble.

We may not have to wait long to see what Sony has in store as rumors say they may reveal the new Xperia Z5 lineup at IFA on September 2.

Full Sony Xperia X family of phones coming to US