The promotion begins today and runs until December 17, 2020, but it’s only available while supplies last. We saw the YouTube Premium promotion end pretty quickly due to limited supplies, so you might wanna jump on this as soon as possible. Also, don’t worry if you’ve already pre-ordered Cyberpunk 2077 prior to this announcement, you’re still eligible for a free Stadia Premiere bundle.

After you order the game, a redemption code will be emailed to you within a week of the release of Cyberpunk 2077. However, once you redeem your free bundle via the Google Store, it could take up to several weeks for it to ship out, but Google promises to get them shipped out as quickly as possible during the busiest time of the year.

Considering all the hype around Cyberpunk 2077, and the fact that the Stadia Premiere Edition usually sells for $100, this is a fantastic deal. For only $60, you’ll get a copy of Cyberpunk 2077, a Stadia controller, and a Chromecast Ultra. Everything you need to enjoy what could be one of the best games of the year. Additionally, if you’re a Stadia Pro subscriber you’ll even be able to save $10 off the total if this is your first game purchase.

Also, remember that you don’t need to be a Stadia Pro subscriber to play games with the service since Google launched the free tier earlier this year. As long as you purchase the game, you can play with Stadia on all supported platforms, even on your phone using a controller you already own or the Razer Kishi. There are even a couple of free options at the moment such as a demo of Immortals Fenyx Rising and Destiny 2: New Light that you can play today by just creating a Stadia account.

However, the quality will be limited to 1080p at 60fps with stereo sound for free-tier users. If you want to play in 4K HDR at 60fps with surround sound, you’ll need to be a Pro subscriber. 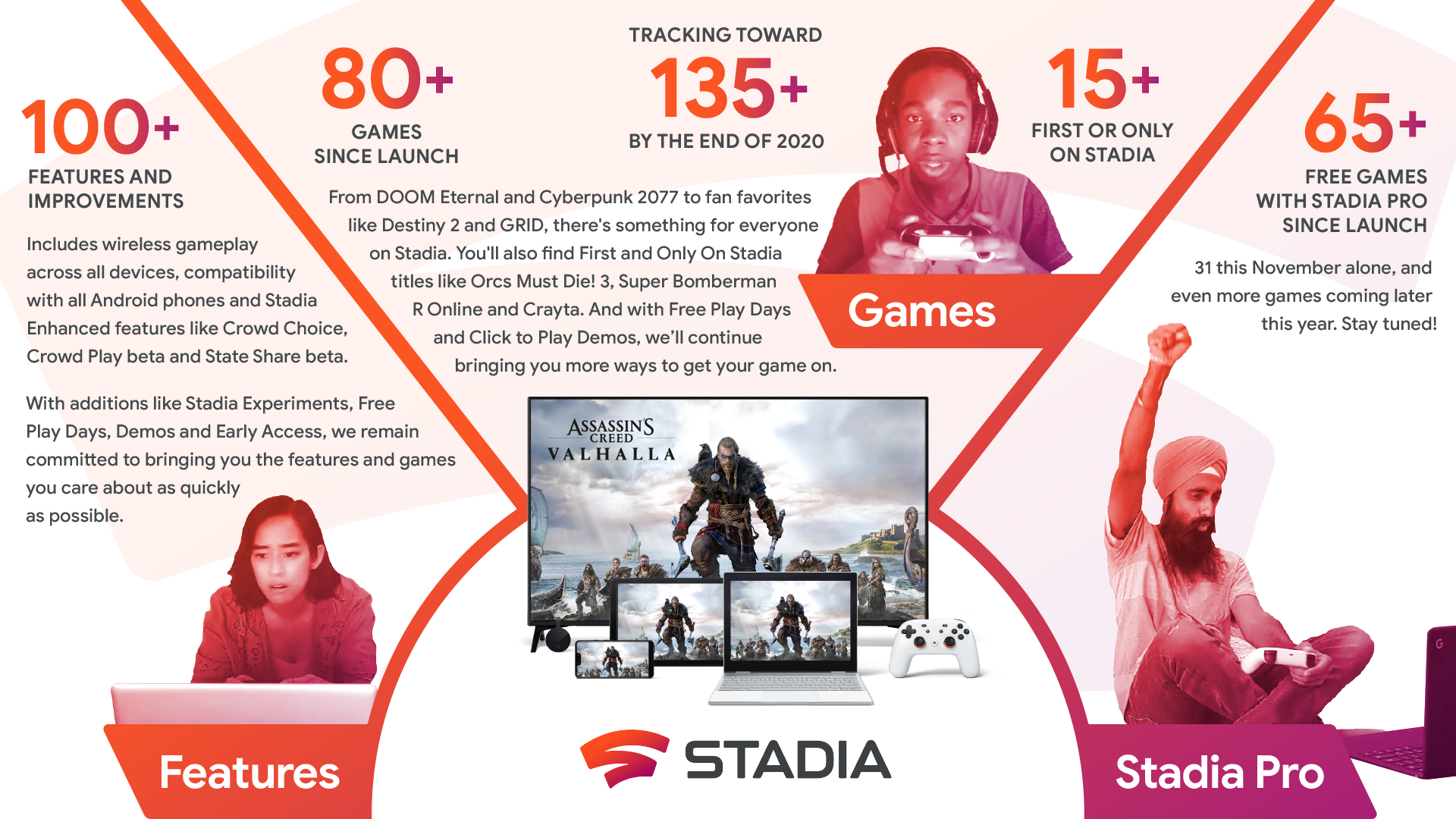 Along with this promotion, Stadia recently celebrated its one year anniversary. While the initial launch may have left many disappointed due to the lack of available games and features. Stadia has since addressed many of these issues by expanding its game library and the addition of new features. I covered many of these new features in my recent review of the cloud gaming service, including on-screen controls, stream connect, family sharing, and more.