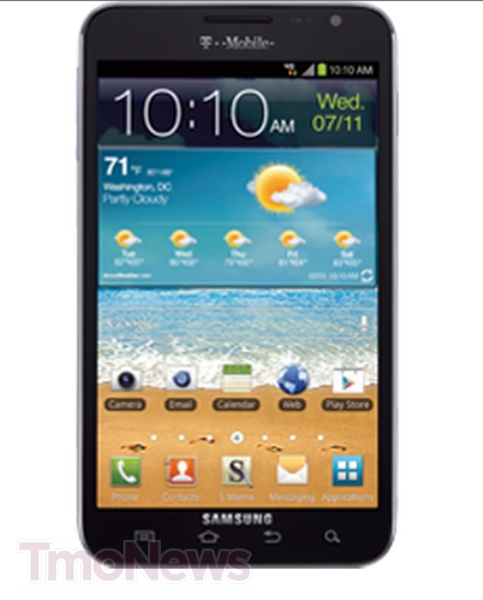 T-Mobile USA is one of the major carriers which is launching the infamous Samsung Galaxy S III, but they still didn’t tell anyone when they are planning to launch the Galaxy Note. It’s a known fact now that Galaxy Note is next in T-Mobile’s launch list and it will be announce any time soon, although we heard that it will be launched on July 11. Now out friends over at Tmo-News managed to get their hands on some press-shots of the T-Mobile Galaxy Note, though the pics are a little blurry but gives us an idea how the T-Mo Galaxy Note will look like.

Galaxy Note is literally one of the most successful devices ever made by Samsung, but the device is almost one year old and now it’s hitting nation’s one of the largest mobile network. I am not saying people will ignore the Android monster, the problem is T-Mobile is launching the Galaxy S III as well, and also the successor to Galaxy Note is around the corner.

Anyway, who am I to judge? Galaxy Note is a perfect device in every way, so tell us are you planning to pick the Galaxy Note from T-Mobile next month?