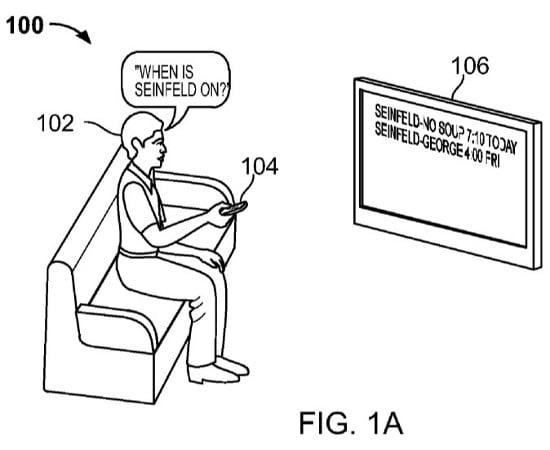 It appears that Google quietly applied for a patent back in September, that might just make Google TV a lot easier to use. Essentially, the technology they’re trying to patent would use an Android phone as a transmitter of sort, and the user could give voice commands to Google TV through the phone. Voice commands are nothing new to Android, but they’ve been previously lacking in Google TV, at least on this level.

There’s also hints at GPS-based actions, such as turning on the TV when the user is within a quarter mile of their home, and setting it on a specified channel. We honestly can’t say we’re too surprised at this patent, as it’s been a highly requested feature for quite some time, and we assumed Google was smart enough to pick up on that. No word on whether the patent will be approved, but something tells us that if it is, we’ll see massive updates to Google TV devices fairly quickly.

So what do you think about this patent? Any Google TV users out there that can’t wait for this to become a reality? Sound off in the comments!