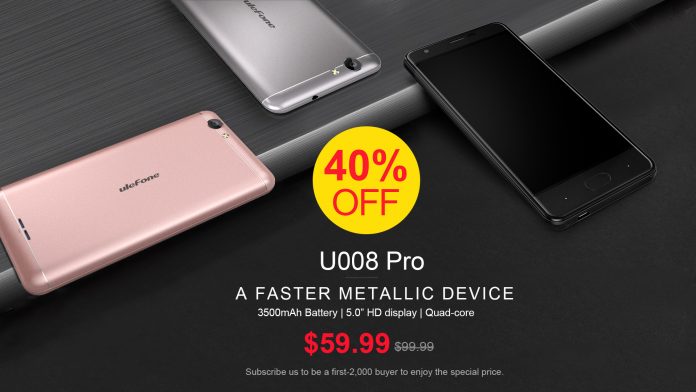 On the hunt for an unlocked phone and don’t want to spend that much money? How would you like to get your hands on one that only runs $59.99?

Ulefone has launched a new promotion which sees its U008 Pro being offered at only $60, a savings of some $40 off the normal price. Typically listed at $99, the savings can also be represented as a 40 percent discount. The deal will be limited to the first 2,000 units sold under the promo. 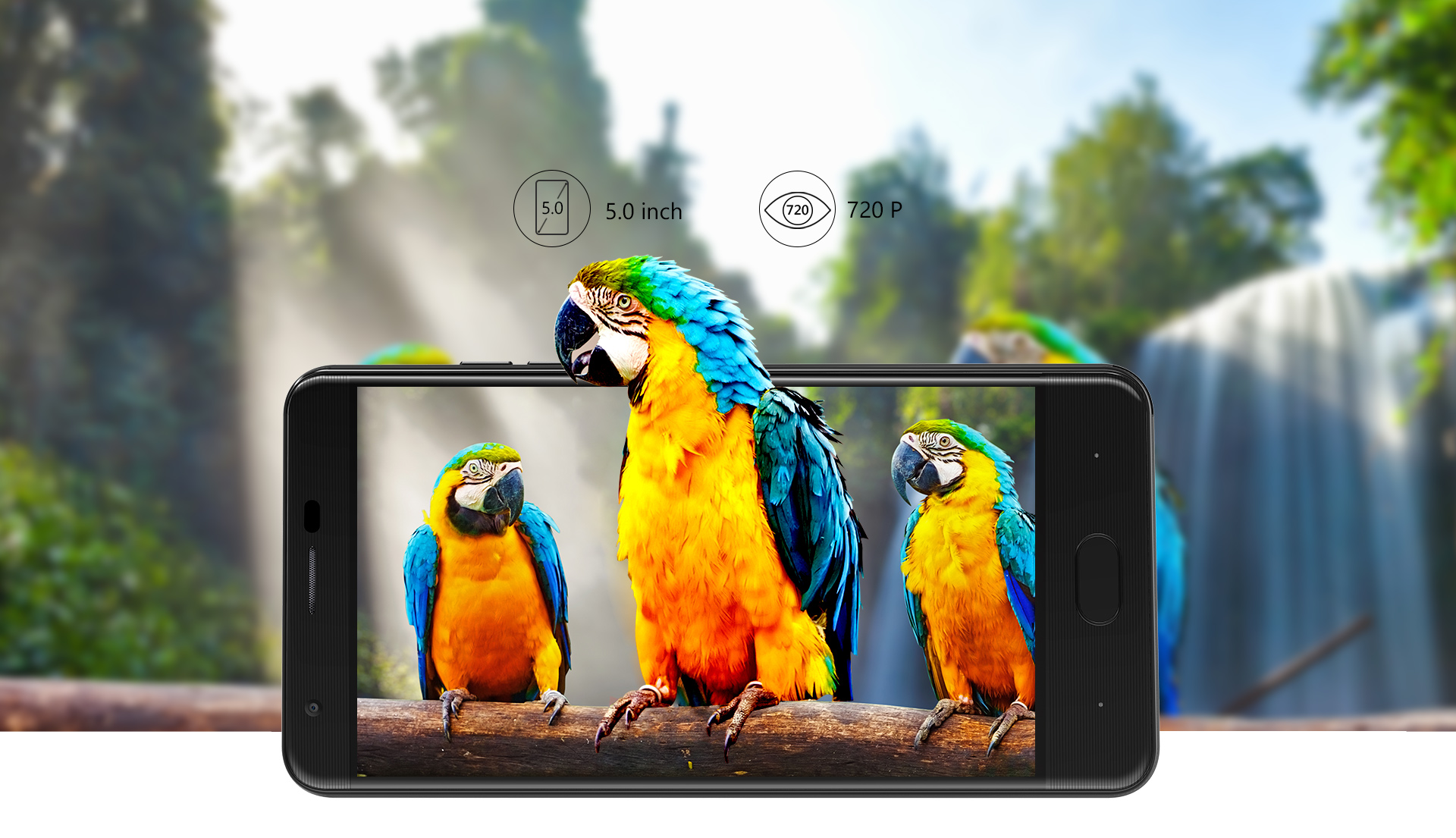 The Ulefone U008 Pro, as you might suspect, is an entry-level experience. Powered by a MediaTek MTK6737 1.3GHz chipset, it packs 2GB RAM with 16GB internal storage. Screen size is 5-inches with a resolution of 1280 x 720 pixels.

As for cameras, the back of the phone features an 8-megapixel Sony IMX219 unit which is interpolated to 13-megapixels. The front houses a 5-megapixel selfie camera. Battery capacity is 3500mAh, which, when factoring in the rest of the details, should get consumers a few days of usage.

In terms of software features, the U008 Pro comes with a simulative 3D Touch and customizable launcher. Slide up or down on select icons on the home screen and you’ll find shortcuts and sub-menus pop up. It’s not quite the same as a hard press for 3D Touch, but it still delivers the same end result. Moreover, the home screen and launcher can be tailored by the user with single and double layers, vertical and horizontal sliding, and more.

Before you go adding one of these to your cart, US readers will be wise to check out the carrier bands and supported networks. While it does have some 4G connectivity, it’s nothing you’ll find offered in the United States. With that said, it would still make for a decent first phone for younger kids or those who care little about data outside of Wi-Fi.

The Ulefone U008 Pro is sold in grey, pink, and black; the phone is wrapped in a metal unibody frame with a physical home button. Head to the Ulefone website and get in on the first 2,000 items today.

Red obsession: Take a look at these stunning fiery smartphones