Are you a Project Fi subscriber that loves to travel? Then you’ll be thrilled to know that Google’s MNVO is adding 37 new countries where customers can enjoy text and data coverage, thus bringing Project Fi’s total coverage to 170 territories across the globe.

New countries include Belize, Laos, Isle of Man, Monaco, Mongolia, Cameroon, Senegal, Tunisia and more. You can check out the whole list below: 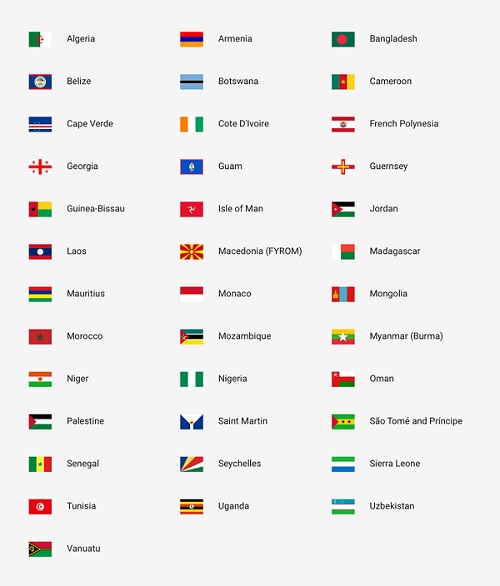 The best part of the announcement is that unlimited texting is offered to all locations on the list and data coverage will cost the same $10 per GB as it does domestically. Project Fi’s Bill Protection feature also remains in place and will cap your data bill at $60 per month regardless of how much data you use. Add an extra $20 for talk/text and you’ll be paying an $80 monthly bill.

Phone calls, however, are not part of the Bill Protection plan and will be charged $0.20/minute outside of the US.

Know before you travel

Project Fi will also let you know whether you are covered by the MNVO on your next trip. Based on info pulled from your Gmail account, Project Fi will know your upcoming travel plans and inform you whether it can provide service in that specific country. 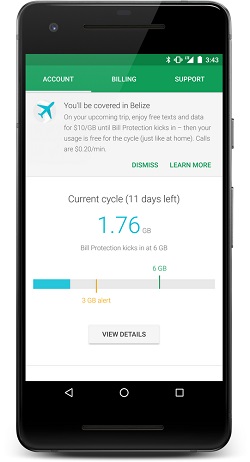 Thinking of joining Project Fi? There’s a little catch you need to be aware of first. The MNVO only works with a list of select phones including the four Pixel phones, Moto X4, Nexus 6P, Nexus 5X and Nexus 6.

If that’s not a problem for you, you’ll be interested to know that Project Fi has a little deal going now to celebrate the expansion to new countries. Buy a Project-Fi compatible phone and you’ll get a free month of service (worth $80).