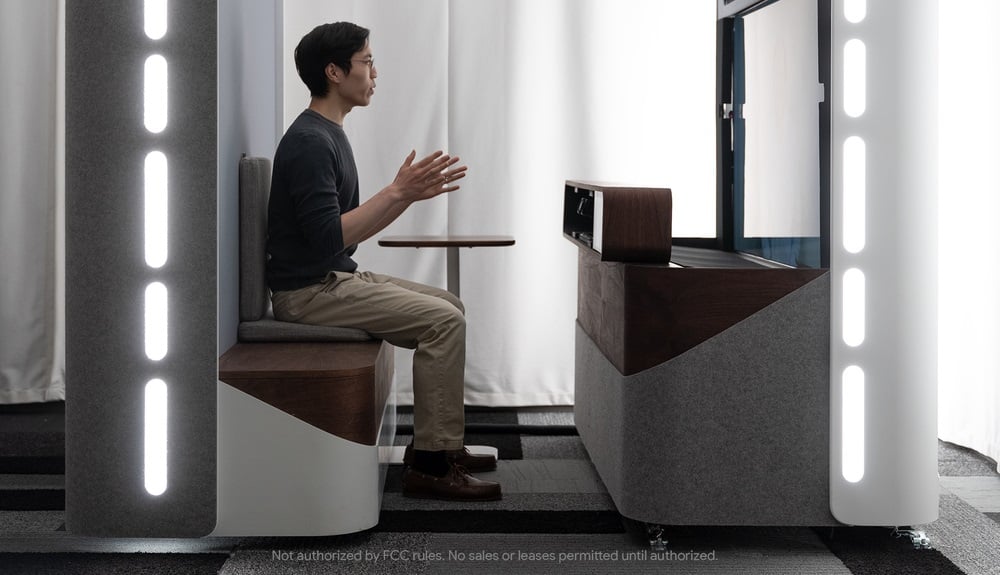 Over the past year, we’ve all done our fair share of video calls–and as great as it is to see friends and loved ones face to face–a 2D flat screen just isn’t as good as seeing them in person.

Google knows this, and yesterday at Google I/O 2021, it introduced a new project called Starline that it has been working on for over five years now. Starline’s purpose is to help bridge the gap between video calls and being there in person with a photorealistic view of the person you are calling, complete with shadows and depth.

In essence, Starline is still only a video call, but it uses a specialized display, computer vision, machine learning, and spatial audio to make the person on the other end appear as if they are actually in the room with you. The 65-inch light-field glass display gives the person on the call a 3D appearance with real depth that is photorealistic.

According to an article from Wired, from a journalist who has personally used the device, Starline uses a specialized booth with “more than a dozen different depth sensors and cameras” to produce the holographic image on the screen.

The Wired author also remarked about the surreal realistic nature of Starline, that was until he moved a few inches off-axis. If you’re not sitting directly in the center of the booth then the image loses its holographic effect and looks like a traditional 2D image. There were also the occasional artifacts that appeared on screen to remind you that you’re still on a video call and it’s not real life.

In other words, don’t expect this to show up anytime soon in your home or office. Besides, Google hasn’t even mentioned how much the Starline booth might cost, or the bandwidth requirements. Despite Google employing real-time compression and transmitting over WebRTC, you can bet it still requires a fast pipe to deliver all those pixels.

Project Starline is still in its early stages of development, but Google has already spent thousands of hours testing it with Google employees in the Bay Area, New York, and Seattle. Later this year, Google will expand testing with Starline and begin trial deployments with enterprise partners.