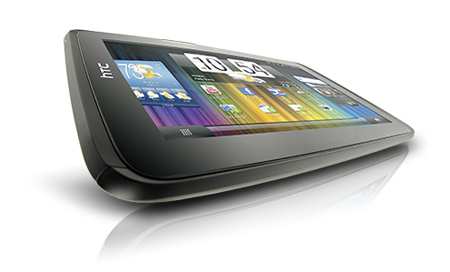 Sprint continues with their line of EVO products today with the release of the EVO 3D handset and EVO View 4G tablet.  Both are available online and at stores around the country are opening early to get these into your hands as soon as possible.  In fact, we imagine that some of you may have already stopped by and picked yours up.

The EVO 3D runs $199.99 but that’s only if you aren’t looking close enough.  Plenty of places such as Radio Shack and Target are offering deals, especially if you are trading in an old smart phone or EVO 4G.  The specs on the 3D include Android 2.3 Gingerbread, a 4.3-inch, qHD 3D display, 1.2GHz Qualcomm Snapdragon dual-core processor, and dual 5-megapixel cameras for the 3D stuff.

The EVO View 4G tablet will set ya back $399.99 but Sprint is tossing in the HTC Scribe pen for an undetermined length of time.  Hardware includes a 7-inch touchscreen, 1.5GHz Qualcomm Snapdragon processor, a 5-megapixel camera, and support for Sprint’s 4G network.

The EVO View 4G runs Android 2.3 with a custom version of Sense UI that has been optimized for tablets.  HTC promises to issue a Honeycomb update in the future, opening the door to a new world of applications and games.