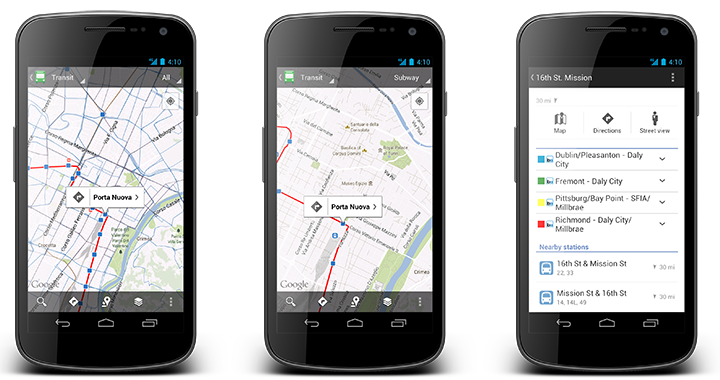 Since 2005, Google Maps has been collaborating with transit authorities to make our lives a whole lot easier. Today Google has well over 500 cities worldwide with transit stops marked. 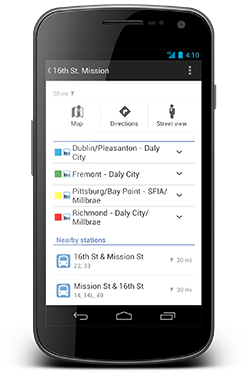 Google understands that public transportation info is important to have at the palm of your hand. They have released a update to the Google Maps for Android app. They’ve made some changes to the Transit Lines layer, so that you can select a specific mode of public transportation (train, bus, tram or subway) to display on the mobile map, hiding the other modes. This is helpful in areas where there is a tight concentration of several types of public transit.

Whether you’re looking for schedule and fare information, directions by public transit or nearby stations, Google Maps puts comprehensive, accurate and useful transit information at your fingertips. Update to the latest version of Google Maps for Android in the Google Play store.