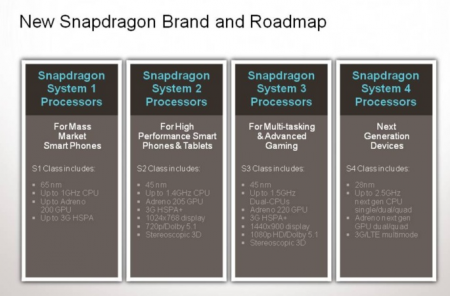 Qualcomm, in an attempt to clear up growing confusion, has decided to re-brand the various iterations of their Snapdragon processors.  As some of you may already know, there are multiple versions of Qualcomm processors in the market, some considerably more powerful than others.  And since not all Snapdragon processors are the same, people tend to get confused by long (and similar) model numbers.  Effective immediately, Qualcomm has introduced the Snapdragon S1, S2, S3, and S4 chipsets.

So what’s the difference between an S1 and and S2?  Or any other model for that matter?  Today’s top performing Snapdragon processors, found in devices like the Evo 3D would be considered an S3.  Those hot new smart phones and tablets on the horizon?  Those will be S4 products. 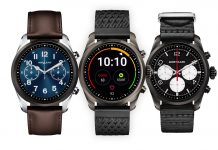