Major chip manufacturer Qualcomm has just announced the advent of three new Snapdragon processors from the 600 and 400 lines. Although mid-range chips, the newcomers are said to offer significant improvements over their predecessors.

Qualcomm says all three new processors feature X9 LTE with Cat7 downlink speeds up to 300Mbps and Cat13 uplink speeds up to 150Mbps. This amounts to a 50% increase of X8 LTE uplinks speeds compared to the previous generation.

The new processors are expected to be able to deliver improved call clarity and enhanced reliability with VoLTE thanks to the Enhanced Voice Services (EVS) codec. All three newcomers come with support for Qualcomm’s Quick Charge 3.0.

Now let’s talk a bit about each chip individually to see what else they bring to the table. 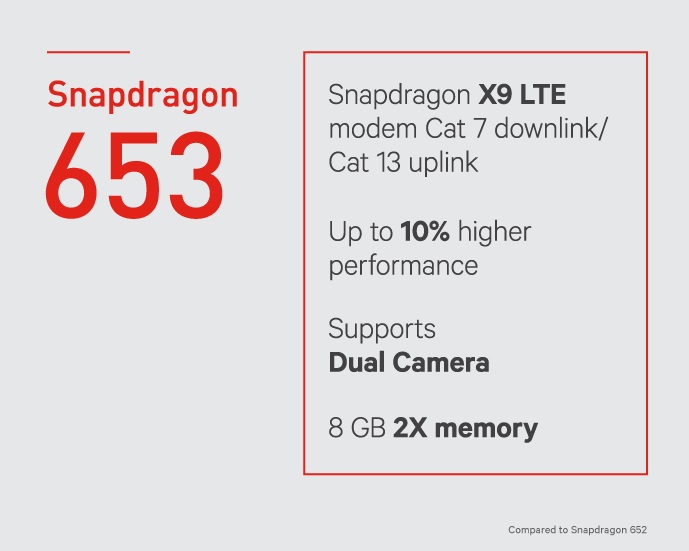 The most powerful of the three, the Snapdragon 653 will most likely be an octa-core affair. Compared to the previous Snapdragon 652, the next-gen silicon piece will offer 10% increase in CPU performance. Popular Smartphones like the LG V20 are now offering dual camera functionality, so more and more people are showing an interest in this feature and now the Snapdragon 653 offers support for a dual-camera and up to 8GB of RAM. 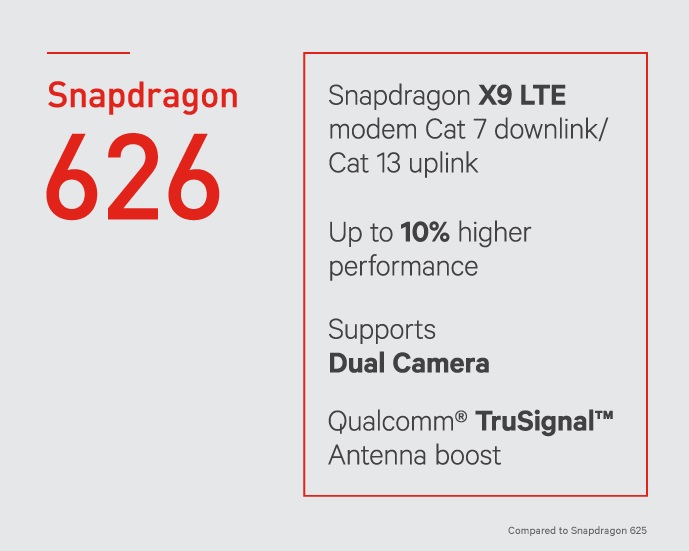 The chipset is also dual-camera friendly and bundles Qualcomm’s TruSignal antenna boost technology which is designed to improve signal reception in jammed areas. The Snapdragon 653 and 427 are also equipped with TriSignal. 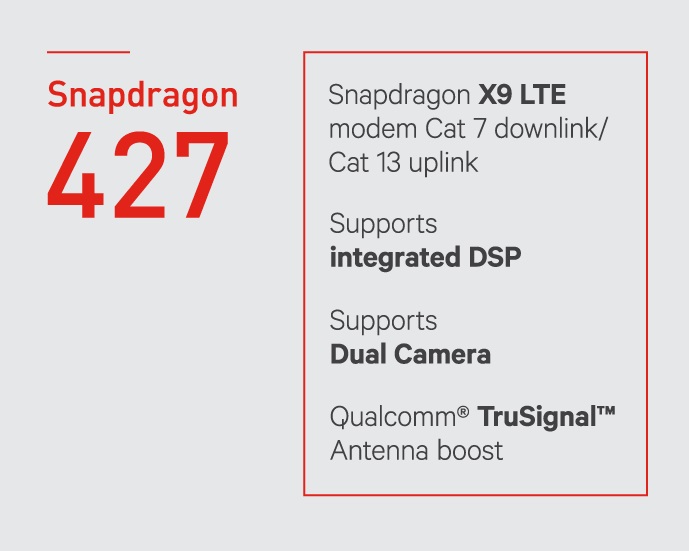 The Snapdragon 427 will be unleashed with an integrated DSP and support for dual-cameras, as well. It’s expected that the chip will come with support for Smart Wi-Fi calling.

If you’re wondering when handsets taking advantage of Qualcomm’s new mid-range suite are going to start appearing on the market, then you should know the Snapdragon 653 and 626 chipsets are expected to be rolled out by the end of 2016. As for the Snapdragon 427, the chipset should be landing in commercial devices by 2017.