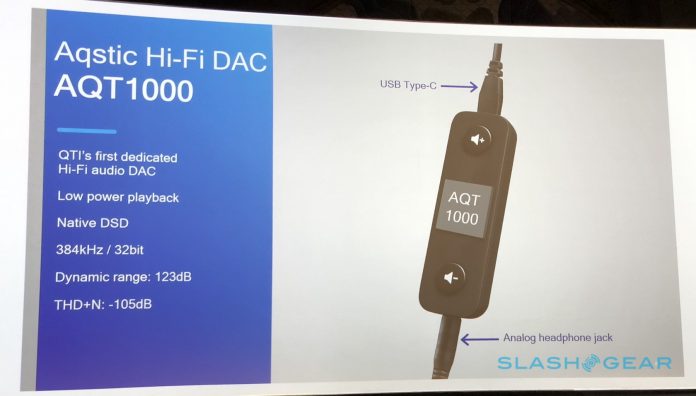 During its Tech Summit this week, Qualcomm unveiled more than just the high-end Snapdragon 845 chipset for smartphones. In an attempt to cure the missing 3.5 headphone jack blues, the chip maker also announced its first dedicated USB-C Hi-Fi DAC, titled the AQT1000. Qualcomm already makes DACs and audio codes, but this is its first USB-C Hi-Fi DAC offering.

The module is designed to plug into a phone USB-C port and stream high-quality sound through its 3.5mm output. 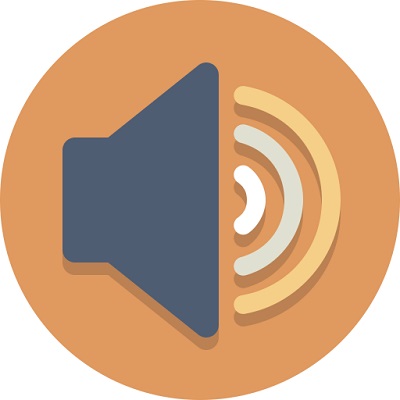 To do so, the AQT1000 boasts a dynamic range of 123dB up to 384kHz, 32-bit audio, and THD+N of -105dB. Furthermore, the module also takes advantage of DSD (Direct Stream Digital) audio support, a format originally developed to capture jazz concerts – which takes a different approach to creating high-resolution audio signals than PCM.

Instead of using many bits of information in the single, DSD uses a single bit. But rather than sampling the info several thousand times a second, this single bit samples 2.8 million times a second to generate the audio signal. The result is a more “natural” sounding audio preferred by audiophiles.

Qualcomm will be offering the AQT1000 to manufacturers to bake it into their devices, rather than offer it as a dongle itself. The chip maker says to expect the first products in early 2018.