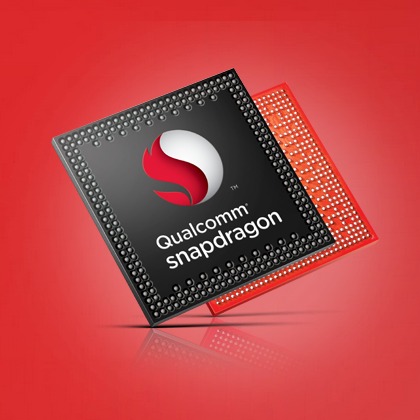 Despite its nearly identical model number, Qualcomm’s Snapdragon 801 processor does not all that closely resemble the Snapdragon 800 chipset. And, given that it was announced after the Snapdragon 805, the average consumer may be confused as to what’s happening at the top of Qualcomm’s food chain.  Thankfully, the chipmaker has outlined a few details which clear the air a bit.

Both the Snapdragon 800 and 801 share the same software and pin compatibility, however that’s about the extent of the similarities. The new CPU features an upgraded Krait 400 core with a maximum clock speed of 2.5GHz. What’s more, the processor offers integrated 4G LTE Category 4 and 802.11ac Wi-Fi connectivities directly into the module.

The imaging processor is also improved in the Snapdragon 801, picking up a 45% jump in speed and the capability of handling more powerful camera sensors down the road.

The Snapdragon also tosses in support for dual-SIM/dual-active (DSDA) service for devices which ultimately end up in the Chinese market.

Unlike the recently announced Snapdragon 805, the 801 is already in production. In fact, this is the processor that powers the brand new Samsung Galaxy S5. While it does fall under the 805, the 801 is a formidable upgrade from the 800. We’ll have to wait until closer to the end of the year for the first Snapdragon 805 devices to begin shipping.