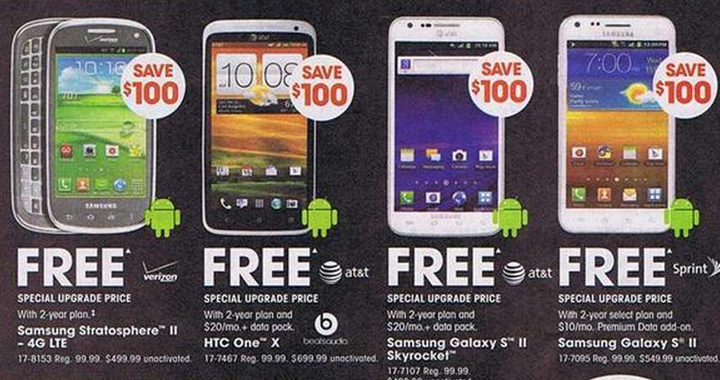 RadioShack’s Black Friday ad has found its way online and, as is usually the case, is full of Android savings.  While some might be for devices from larger companies such as Samsung and HTC, there’s also an offering from outfits such as DiGiX.  Nevertheless, if you’re heading out in the wee hours of the morning, you’ll find the following deals at RadioShack.  Some free stuff, some cheap stuff, some normal prices…

It’s worth pointing out that there’s a phone listed here that has yet to be announced, the Samsung Stratosphere II.