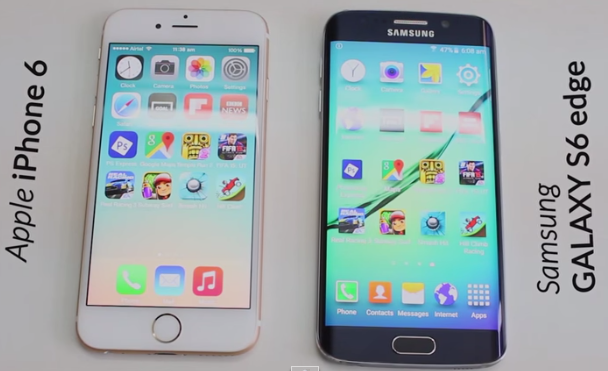 The latest flagship device from Samsung boasts the most powerful processor on the market, enough RAM to equal some consumer computers, and a state of the art curved display; but how does it stack up against the competition? Sure, it’s one of the best Android devices on the market, but what about the offering from Apple?

The video below puts the Galaxy S6 Edge up against the iPhone 6 with the same set of apps installed in a battle of raw speed.

Opening all 16 apps took 2 minutes 9 seconds on the S6 Edge while it took 2 minutes 17 seconds on the iPhone 6. Perhaps the tests weren’t fair since the apps could have been loaded in memory running in the background thanks to Androids’ multitasking, or maybe it really is the fastest out of the two.