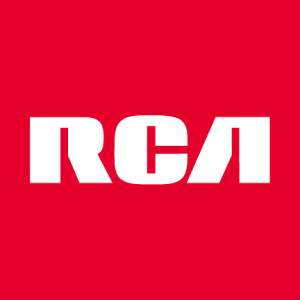 Remember when your living room had a 150lb 24″ television? It almost seemed like a right of passage to carry that thing to the curb when you bought your first flat screen TV. For many of us, that bulky, outdated TV was made by RCA. It was one of the most popular electronics companies in the 90’s before losing ground to competitors. Recently it’s put out some budget tablets, but not much to speak of.

But, now the company is attempting a comeback. Today we got word that RCA will be showing off a whole host of new products at CES 2017 in three weeks. Could these new lineups lead to a resurgence for RCA? Here are the details on the new products. If you see anything you’re interested in, tell us down in the comments.

TVs are what RCA is most closely associated with, so it comes as a bit of a surprise that RCA is actually licensing out its name to Curtis to make televisions. Curtis, a Canadian electronics company will control the US territory and produce televisions to market with RCA’s name. Here are the details.

As you can see, RCA/Curtis aren’t even bothering new 1080p sets, which probably the best course of action. The price tags seem extremely competitive to what is currently being offered on the market right now. The story will be how well these sets are made and how they’re able to stand up to repeated use. Most TVs nowadays are cheaper to replace than fix, but avoiding that situation altogether is worth some extra coin at the starting gate.

RCA seems intent on joining the rest of the fray with its own Android devices. It’ll be competing in the $100 – $200 price range, so no flagships here. This is what the new lineup will look like.

So…. RCA is trying, at least. None of these options look super appealing based on the information we have right now when you can go grab a Blu R1HD for $60 or a Moto G Play for $99. We’ll have to see what these devices look like and what compelling software options they’ll offer. No word if they’ll run a near stock version of Android or not, but at least we’ll have some cheap options for your kid’s or parent’s first smartphone.

RCA is probably best known for its tablets in 2016, and it’ll be releasing a few more in 2017. Most notable of the two is a 2-in-1 convertible running Android. Here are the details.

So, these look like two flavors of the same device, one with Android and one with Windows. It’s a bit disappointing to see Android 6.0 instead of 7.0, especially by the time these are released to the public, but at least it isn’t an older version, I suppose. The Android tablet market is starved for compelling options right now, so hopefully can carve out a niche there.

RCA will also be debuting some new appliances like a retro fridge or a microwave, nothing revolutionary from the sounds of it. We hope this is the first step towards the resurgence of a once-proud American company, but that remains to be seen. If RCA can offer some compelling options in the budget smartphone area, maybe that will lead to some higher end devices too. We’ll be covering CES so we’ll be sure to bring you more as we see it.