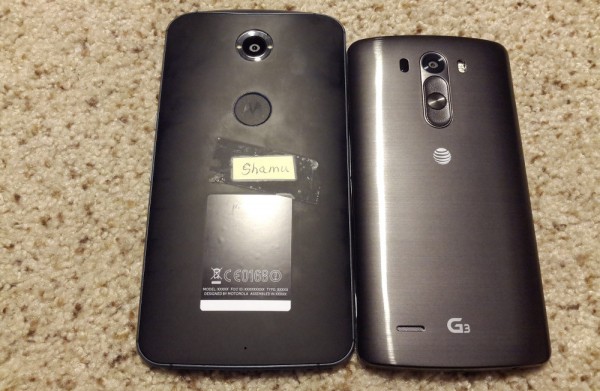 The internet is hungry for new information and leaked photos of Google’s upcoming Motorola-made Nexus smartphone. Because of this, it’s very likely that someone would have the unfortunate dishonesty to put up fake photos of said phone. Be that as it may, it’s not like we haven’t seen leaked photo’s of smartphones before, even Google’s. So, take this new information with every bit of grain of salt you have.

The photo you see above is allegedly a photo of the upcoming Nexus 6 or Nexus X from Google, which has been given the code name “Shamu”, next to a LG G3. The LG G3 is arguably a big phone as it is… So “Shamu” is quite large as discussed before.

What do you think of the size of this phone? Would you get it?