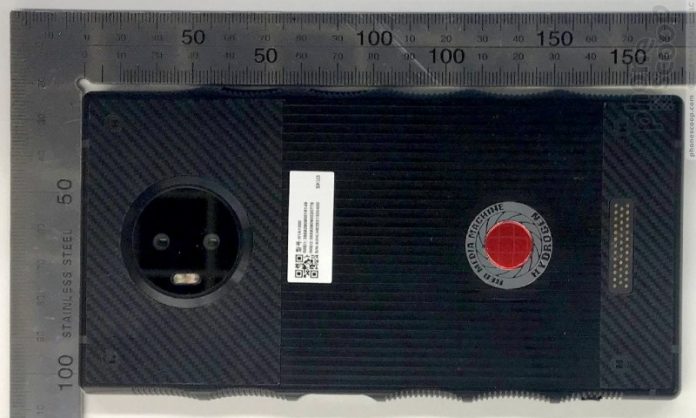 RED’s experimental phone, the Hydrogen One has just passed through the FCC, signaling that it might soon go live.

The filing contains some images of the phone, as well as some details on specs. We already know that the Hydrogen One will arrive with a 5.7-inch display with 2,560 x 1,440 resolution. The device will also run Android and is set to bundle a dual-camera setup. Interestingly, RED’s first smartphone will apparently be powered by a Snapdragon 835, which is last year’s flagship chip.

Additionally, as the FCC listing confirms, the phone will pack a 4,510 mAh battery. The product will offer dual-SIM capabilities and appears to be compatible with the majority of LTE bands in the US (sans T-Mobile’s Band 71).

RED’s Hydrogen One phone should start shipping this month

As we mentioned above, the listing also contains a series of very revealing live photos. These confirm the phone will have a USB Type-C and front-facing speakers. The back of the phone is also visible, as well as the display, which is the big highlight here.

RED is paving the way for a new kind of smartphone tech here. The Hydrogen One uses nanotechnology between the LCD and the back-light to create a 3-dimensional 3D effect. While we shouldn’t expect fully-fledged Star Wars-style holograms, RED’s handset is still pretty unique in the smartphone space today, so it will easily draw attention on itself.

When the content isn’t 3D, the phone will display it in normal 2D mode, just like any other phone. To ensure it has content available at launch, RED will be offering a platform from where people will be able to download movies and TV shows.

Earlier this month, Verizon opened up pre-registrations for the upcoming device which is expected to cost between $1,200 and $1,500. Depending on the version you’ll be getting. Pre-registration ensures you get frequent updates regarding developments. The phone will also be offered by AT&T.