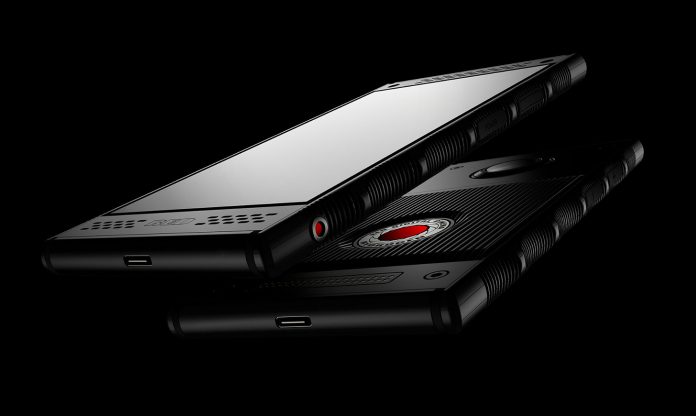 RED is most widely known for its cinematography equipment, most famously for its high-resolution video cameras. Its cameras have been used to film blockbusters such as Deadpool 2, Ant-Man and the Wasp, and Mission: Impossible – Fallout.

Part of RED’s philosophy is that no one camera is perfect for every situation. That led it to build its cameras using a modular system, producing mods for you to customize it for each occasion. Now, RED is looking to bring this same philosophy to the mobile phone market beginning with the Hydrogen One.

You won’t find any delicate fingerprint magnet glass backs on this phone. RED has a style all its own and it’s big, rugged, and industrial. Most phones do their best to be slim, stylish, and are made with fragile glass on the back. RED is going a different way with its phone, designing it more like the tool than a fashion piece.

The Hydrogen One’s 5.7-inch 2560×1440 holographic screen is sure to be one of the most talked about features of RED’s first phone. It is said to supersede 3D displays, and unlike 3D movies in the past, it won’t require any sort of special glasses. Instead, the display will make use of its 4-view technology to project the holographic images and videos right in front of your naked eye. 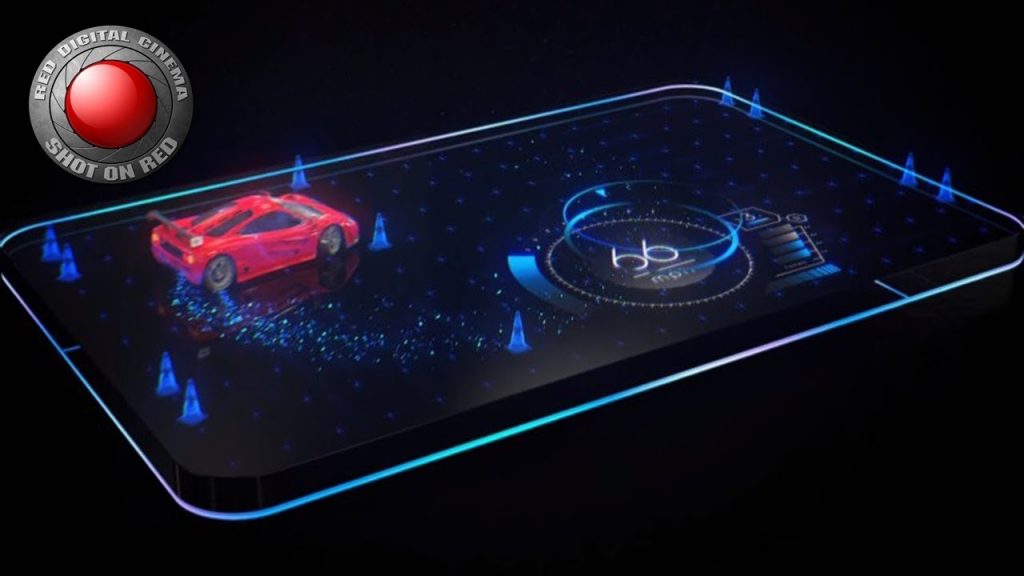 This isn’t the first time a phone has tried to do a 3D display. One of the most famous examples was the Amazon Fire Phone which crashed and burned. However, the Fire Phone’s 3D display was little more than a gimmick.

RED looks to make its 4-view display much more than a gimmick though. In order to accomplish this, it is creating its very own RED Channel to provide you with holographic videos and games. After all, what good is a holographic display if you have nothing to watch on it? Don’t worry about lack of content in the beginning though as it is also able to show regular 2D images and videos with a 3D effect.

Staying true to RED’s overall philosophy, the Hydrogen One will be a modular phone. Again, RED is not the first to do this. LG, Motorola, and Essential have all created phones that could make use of mods.

Unlike these previous phones, RED already has a modular system in place with its camera line. It is uncertain what type of mods we could expect in the future but some of the first will be photo and video related. Which is expected since RED is a camera company first and foremost. There have already been patents for mods for adding lens mounts or a full-on DSLR body mod.

So far what we know of the specs in the Hydrogen one is a bit of a mystery. We know that it is powered by a Snapdragon 835, which by now is outdated. Perhaps, this is due to all of the delays this phone has suffered, but the SD 835 is still a speedy chip.

The display is a 5.7-inch QHD LCD with its 4-view holographic technology, as mentioned above. It will also include stereo front-facing speakers with a proprietary H3O algorithm to turn stereo sound into multidimensional audio. Basically, turning your stereo sound into surround sound.

There is also a headphone jack so don’t worry it isn’t forcing a dongle on you or wireless audio. Good news for a phone that will be used for creating media content. The fingerprint scanner will be in the power button which is on the side and there will be a large 4500 mAh battery.

The Hydrogen one will use a USB-C port and include dual SIM slots with space for a microSD card if you use only one SIM. Besides that, we really don’t know much else. How much RAM is there? How much storage is there? What are the specs on the cameras?

Hopefully, coming from RED the camera will be impressive but the real power will come from the module system. Serious videographers and photographers will take to adding the larger image sensor and their own lenses through the mods.

After several delays, the Hydrogen One is expected to ship October 9th for pre-orders with a developer model Houdini shipping August 31st. The Black Aluminum models will ship first with the Titanium models following soon after. The carrier models will begin shipping November 2 through AT&T, Verizon, and Telcel in Mexico. The Aluminum models will ship first in Black and Shadow with the Titanium models expected in limited quantities beginning in 2019.

RED’s first venture into the smartphone market will be an expensive one. The Aluminum model will set you back $1295 and the Titanium model priced at $1595. While these are pretty pricey, especially for its first phone, we are living in the world of $1000+ phones these days. Unfortunately, if you want one yourself pre-orders through RED’s site are currently closed. You’ll have to wait for the carriers to get them in.

Who is it for?

Make no mistake about it, the RED Hydrogen One is a phone for creators. More specifically for video creators or current RED users. It will integrate with its current cameras and the mods will most likely all be camera related. This isn’t your general all round phone good for every occasion, but that doesn’t mean it won’t function well in other areas.

Will it be a hit or will it be to niche? That’s hard to say at the moment but the fact the Hydrogen One is going to be offered through carriers is a good sign. That still doesn’t mean a phone as specialized as this will end up selling well though. Either way, it’s nice to see something different in the mobile space and it couldn’t do any worse than Amazon’s 3D Fire phone.