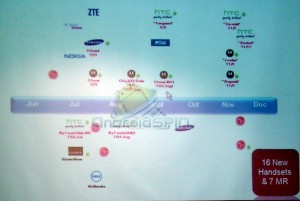 The team over at AndroidSpin have gotten their hands on what looks to be the roadmap for T-Mobile over the rest of the year.  Judging by the looks of it, we’ll be seeing at least five more Android phones from handset makers HTC, Motorola, and LG.

Slated with a mid-November release, this LG device would be the first Android handset from the phone maker to  arrive on T-Mobile.  We can see the familiar codename of “Emerald” lined up with an HTC device with a tentative November 5th arrival. Before that though, we should be seeing T-Mobile and/or Motorola making an Android 2.1 announcement for their Cliq and Cliq XT handsets.

As far as the other Android projects, I’m having trouble making out what they might be called.  I’ve put together a bullet list to make sense out of the timeline as it pertains to Android phones.  Any eagle-eyed folks out there able to make heads or tails out of the November devices?  Does Jordan and Begonia look right? 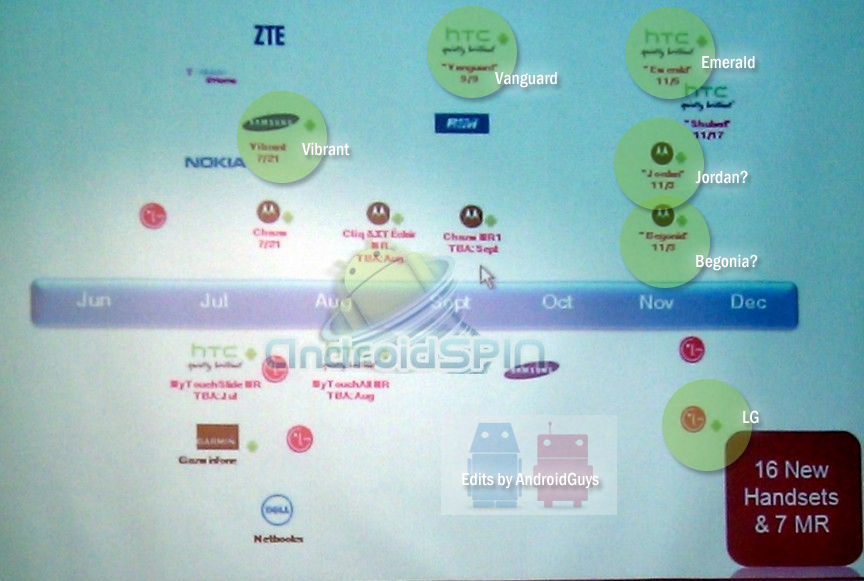