Many may think that HTC is down for the count, but the company has expressed that it’s not stopping. We can’t forget that the yearly cycle will soon refresh, and Spring will come calling for the One M10.

Interestingly enough, that is not the leak we received today. Instead, HTC is allegedly cooking up a new line under the “One” monikor – the One X9. 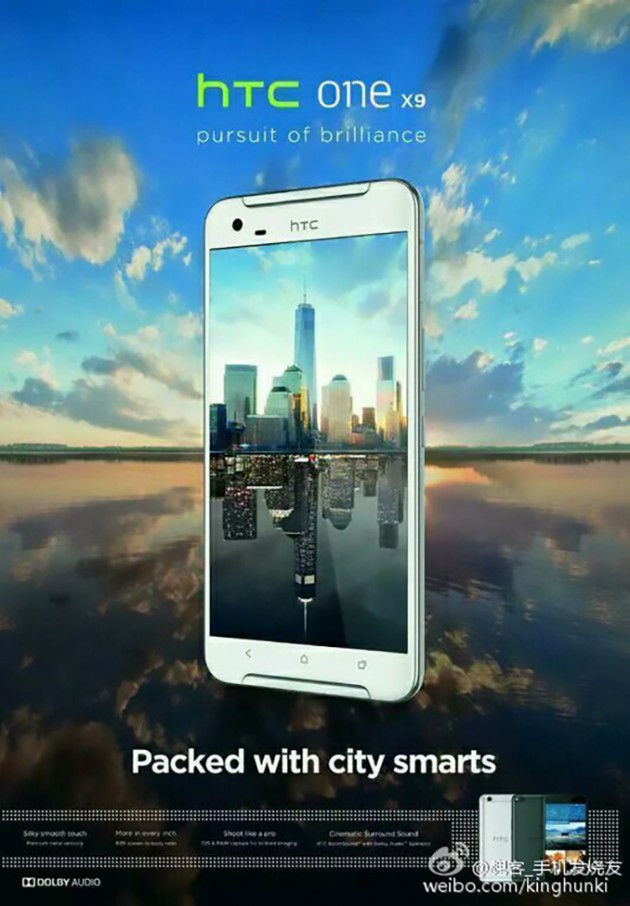 And this guy apparently has all the bells and whistles, unlike the mid-end stature of the newly released One A9. But before you get too excited, I would hold your horses until we get more info. On the promo pic, the X9 shares a close resemblance to HTC’s Butterfly line of phones, which have limited market availability.

The leak fortunately tips some specs to go with that promo shot:

BoomSound is said to make a return, which is apparent on the promo pic by the top and bottom speaker grills. We’re not quite sure what “Packed with city smarts” means. Maybe some location-based software tricks? And the promo pic looks like it shows the return of capacitive buttons.

Anyhow, all this information suggests a beastly phone, worthy of a 2016 flagship. If you’re intrigued, hopefully you’re on board with HTC’s new iphone-y design language. No word on date or market availability yet.