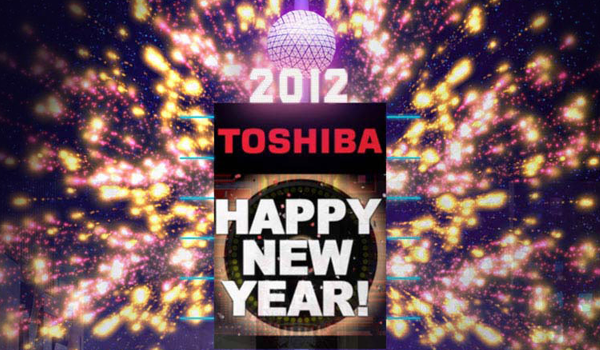 Toshiba and Livestream have announced an updated release of the official application for watching the ball drop on New Year’s Eve.  Available for free in the Android Market, Times Square Official Ball App, gives users the best seat in the house, regardless of location.  We’re expecting big numbers here as last year’s debut drew nearly 200,000 downloads over a two-week period.

Rather than a simple utility to know when the ball officially marks the beginning of 2012, the app offers a variety of features.  We’re talking social networking goodies, the ability to send a virtual kiss, tons of video and photos, and more.  Of course those of you who actually attend the drop can take advantage of check-ins, maps, and other relevant information.

Among the app’s many features is the LIVE, six-and-a-quarter-hour, commercial-free mobile stream of New Year’s Eve in Times Square powered by Livestream, including musical performances just before midnight and live throughout the night, and the ability to participate in the celebration. Toshiba, the Times Square New Year’s Eve official Countdown Sponsor, is providing a unique opportunity for users of the app to see their photos on the Toshiba Vision sign directly below the Times Square Ball on New Year’s Eve.