Since its highly controversial release back in February of 2010, Google Buzz has failed to attract a fair share of positive spotlight. In fact, besides Buzz’s deep Gmail and Maps integration, the service doesn’t really bring anything truly unique to the table. For the social service to really gain traction, it would need to bring users something that they just “had to have.” The sad fact is, Buzz didn’t.

Privacy concerns weren’t the only issue. Buzz, according to some, was doomed to fail from the start. Twitter had become too large a force to be reckoned with, and perhaps Google bit off more than it could chew.

Regardless of how you or I feel, Google Buzz is still found in millions of users Gmail accounts, and, I’m sure, sees a decent amount of chatter. So why do I think Google Buzz is about to bite the dust? The thought dawned on me during today’s demonstration of the new web store version of the Android Market. Below is what I saw. Take a look and see if you catch it too. 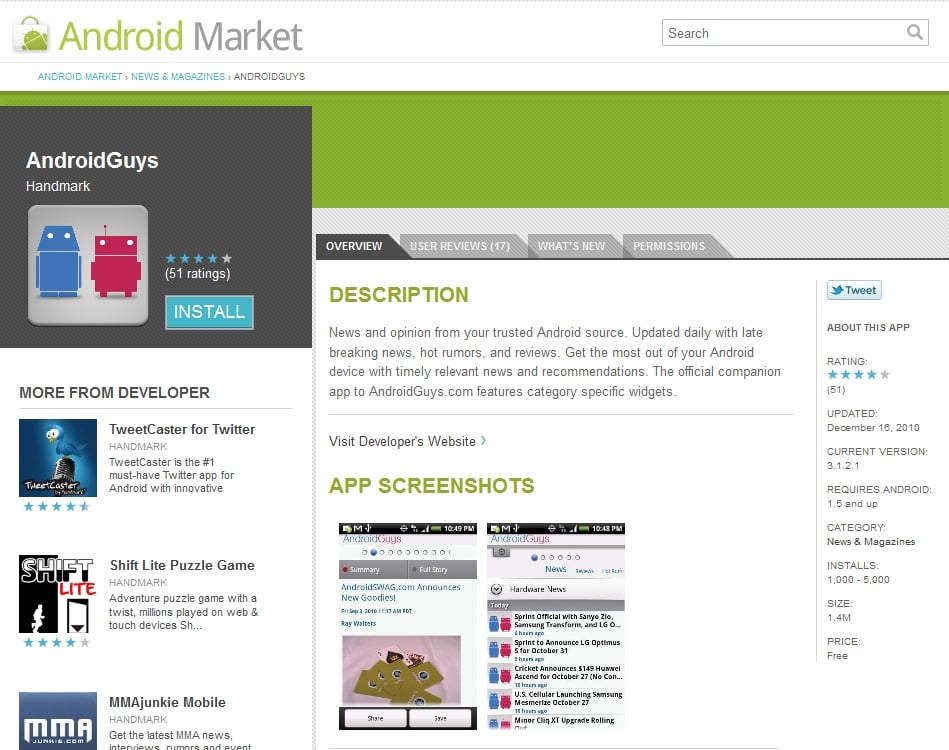 In order to make the new Market more social and exposed to the masses, Google has taken the initiative of integrating a “Tweet” button so user can effortlessly share their favorite apps with both friends and foes. Being that Google made both the Android Market and Buzz, wouldn’t you think there would have at least been a “Buzz” button as well? Nope. Completely absent.

To me, this can only mean one thing. Buzz is failing and Google has given up. I’m not saying with unwavering certainty that Google Buzz will soon join the ranks of products like Wave, but I do feel it to be the only logical explanation for its absence in the new Android Market.

There. I said it. Let’s see what the community thinks of my observation. Anyone care to prove me wrong?