Rogers Wireless, which is one of the leading and largest mobile phone networks in Canada, recently launched the Samsung Galaxy S II LTE, which is no doubt an amazing device. Rogers actually launched the device for $199.99 with a new 3-yr contract but if you didn’t buy it yet because you were hoping for a price drop, then it’s time to celebrate because the device just received its first ever price drop. The device is now available for $179.99 on a 3-yr contract, saving you $20. Well, Rogers didn’t mention any good reason for the price drop, maybe the holiday season is close and that’s why, or maybe they are doing it to compete with Bell’s LTE devices. Anyway, we don’t know the real reason but we know that saving some money isn’t going to hurt anyone.

So are you planning to pick one up from Rogers? Tell us about it in the comment box below. 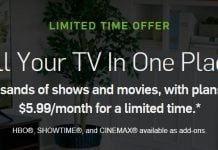