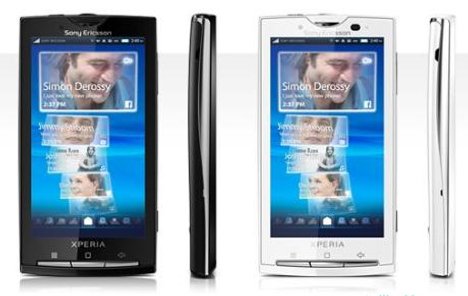 We talked about the Sony Ericsson Xperia X10 coming to Rogers a while back but we were missing a key piece of information. The X10 is now slated for April 15th, 2010 release according to inside sources. As you may recall the phone was set with a worthy line-up of qulity specifications. The only downside is that it comes with Android 1.6, well Sony Ericsson’s version of Android, which is yet to be seen by the public. Since the first announcement there have been rumours of the X10 finding its way to Android 2.1+ before the end of the year which is something to look forward to and hopefully will give some assurance to prospective buyers. The final list of specifications for the phone are:

In regards to pricing we hear that the phone will cost $149.99 on a 3 year agreement and $549.99 no strings attached. So tell us, will you be picking it up or at least checking it out when it hits retail stores?