Roku has a new version of its Android app available in the Google Play Store that allows for streaming of music and photos from your handset.  The feature is called Play on Roku and it lets users view individual images, slideshows, single tracks, playlists, and more.  The app, which basically turns your phone or tablet into a Roku remote, is free to download and can be found in all countries where Roku players are sold.

SARATOGA, Calif. – Sept. 20, 2012 – Many Roku® customers take photos and download music on smartphones or tablets for easy access anytime, and anywhere. For these customers, Roku today announced updates to the Roku mobile app that include Play on Roku, a feature that allows customers to stream photos and music from a mobile device wirelessly to a Roku streaming player. The Roku mobile app –­­ which essentially turns a smartphone or tablet into a Roku remote control – is now also available in all countries where Roku players are sold, including the U.K., Canada and Ireland.

Photos streamed on TV using Play on Roku can be viewed individually using a swiping gesture on the mobile device, or in automatic slide show mode. When music is streamed using Play on Roku, a screen saver with the song title, artist, album name and cover art will appear on the TV while the song plays. Photo slide shows can also be viewed with music streaming at the same time. Play on Roku is compatible with MP3 and M4A audio files and JPG and PNG image files.

“For most people, mobile devices are an extension of their lifestyle – they use their smartphones and tablets for almost everything, including capturing photos and curating music,” said Jim Funk, senior vice president of product management at Roku. “With this in mind, we wanted to provide a mobile experience that gave customers different ways to enjoy their photos and music, while getting even more value out of their Roku players.”

With the Roku mobile app, customers can control their Roku player without using the included IR remote. Additionally, customers can:

Available for iOS and Android mobile devices, the Roku mobile app can be downloaded for free from the iTunes App Store or Google Play. Play on Roku works with all Roku 2, Roku LT and Roku HD (model 2500R) players today and will work with the Roku Streaming Stick, expected to ship in October.

Roku is the leading dedicated streaming platform for delivering video, music and casual games to the TV. Roku launched the first player to stream Netflix to the TV in 2008, and today the Roku platform streams more than 600 channels to millions of devices in the U.S., Canada, U.K. and the Republic of Ireland. Roku was founded by Anthony Wood, inventor of the DVR. The company is headquartered in Saratoga, Calif. For more information, visit www.roku.com. 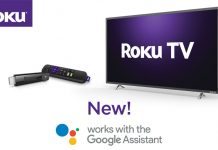 How to control Roku with Google Assistant 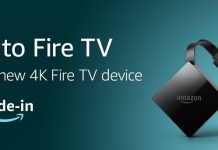