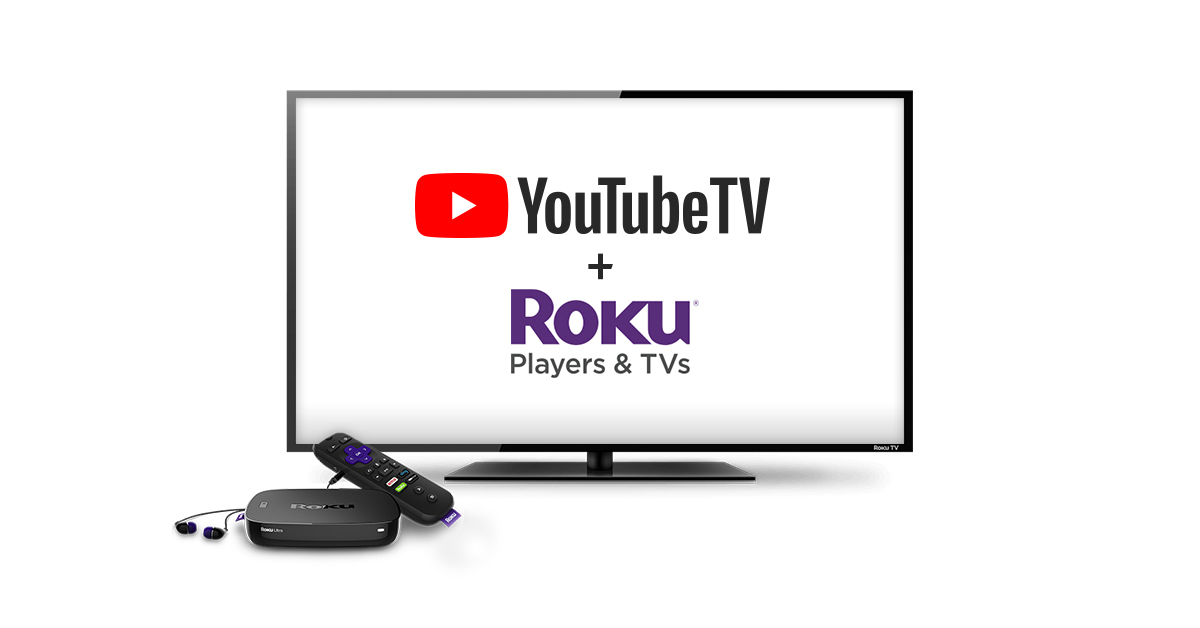 Roku has sent its users a scathing email this morning alleging Google has made some rather questionable requests to allow the company to continue to carry the YouTube TV channel. Roku sites that recent negotiations to with Google have become rocky over “unfair terms” surrounding search on the Roku software.

This rare, public announcement seems to be around Google assertion that it should receive preferential treatment in Roku’s native search under certain circumstances. Sources claim that Google wants YouTube to be the top result when possible while using the Roku universal and voice search.

Further, Roku claims that Google has asked the company to block all other streaming results if a search is performed while the YouTube or YouTube TV apps are open and running. The same is true for YouTube Music results to be at the top of any list while searching for songs over competitors like Pandora or Spotify.

Even more, Google would require that Roku may have to begin shipping devices with a specific hardware schematic to continue to use Google’s services. As a direct competitor to Google’s own Chromecast and Android TV platforms, Roku insists this is abusive consumer behavior at best. 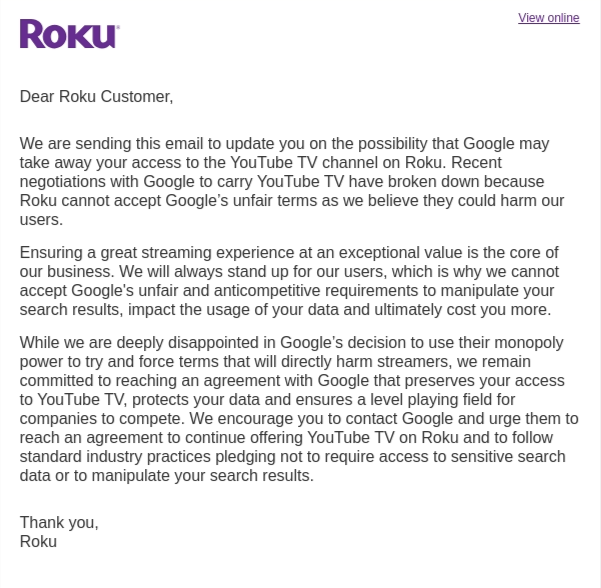 Roku is one of if not the most successful streaming hardware platforms making it an appealing home for Google services. However, this conflict is troubling, to say the least. Roku would take a substantial hit if Google were to remove YouTube TV and/or YouTube. While Roku leads the market share on hardware, YouTube TV is quickly becoming the dominant live TV option for streamers.

It’s even more troubling that Google is leveraging its presence on a competing software platform. Google has prided itself for years to be almost agnostic of operating systems with its services but this a stark fork from that stance. Google… look at your own pledge of “Don’t be evil” and find a better solution here on Roku devices.

Now, let’s take a moment and step back to recognize that this is only Roku’s side of this story. However, even if the company has new demands towards Google, that historically would be more money to carry the YouTube TV app via the Roku store. With that, Google’s supposed response seems like a very strong move to typical negotiations around contracts.