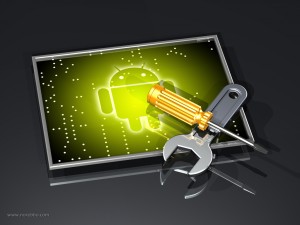 We were a bit sad when we discovered back in May that rooted Android devices don’t have the ability to rent movies from the Android Market. We got some good news today, and this one comes from the guys over at KnowYourCell. They’ve learned that a group of developers over at SDX Developers have modified the Google Videos app, and they’re reporting that it works on rooted devices running Android 2.2 and up.

How does it work? Basically the Google Videos app checks for root privileges when it starts up. Therefore, if your device is rooted, the app won’t allow you to rent and watch movies. The modifications made to the app simply make it bypass the root check, so even if your device is rooted, you’ll still be able to access the movies. While this may sound risky, the mod doesn’t affect any of the DRM licensing, so the app still produces a proper licensing key. Early reports show that the app is working on modded Android phones running Froyo and Gingerbread, as well as Honeycomb tablets.

So, if you’re eager to try the app on your rooted device, check out the thread on SDX Developers. Has anyone installed the app on their rooted device? How is it working for you? Drop a comment below!

Enable Android screen mirroring to Chromecast on your rooted device