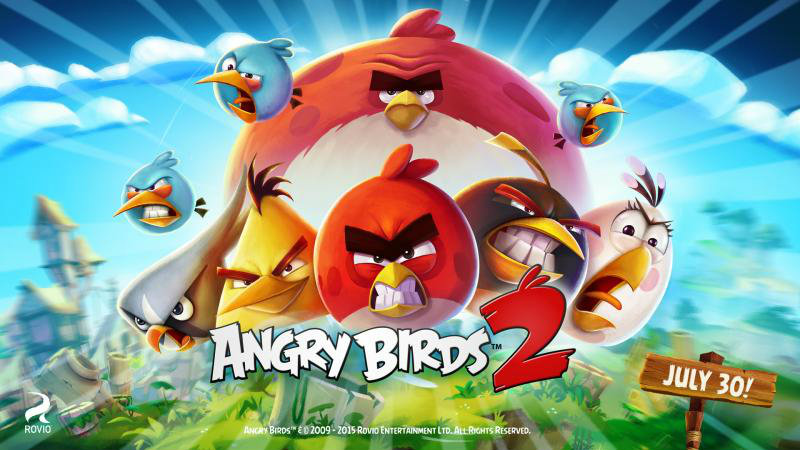 Back in 2009, Angry Birds took the world by storm, and introduced a really fun, and addicting game. This was before the days of Flappy Bird or Timberman and pretty much paved the way for these types of games to enter the Play Store. Since the initial release, Rovio has released a variety of Angry Bird spin offs, but never released a true sequel to the original game.

Yesterday, Rovio changed things up a bit, and announced that Angry Birds 2 would be coming out on July 30th of this month. While they haven’t exactly announced or shown off what the game play will look like, Rovio gave everyone a teaser trailer to look at. Rovio also detailed that there will be a press event in New York on July 28th to go more in depth about the latest Angry Birds game.

Angry Birds was one of my first purchases on the Play Store, and the iOS App Store. While I’ve played a few of the spin-offs, like the 2 Star Wars versions, I’m actually pretty excited for Angry Birds 2 to come out.

Let us know what you think about the release of Angry Birds 2 in the comment section below, and what you think Rovio may have up their sleeve for the sequel. Or do you think this is just a marketing ploy to gain Rovio some extra income.