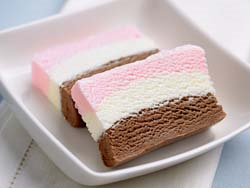 If you are starting to pay closer attention to Android lately, you’ll likely notice some difference in how handsets are being branded.Â  Some have the “with Google” on the back while others don’t.Â  Some handsets come from major companies like HTC and Samsung, and yet others are rumored from no-name companies.Â  What is the difference in all of these phones when it comes to the Android experience?Â  Andy Rubin helps us get a better grasp.

There are three distinct flavors of Android, each with varying requirements and obligations to the handset makers and wireless providers.

Rubin mentioned that there are between 18 and 20 Android handsets due out by the end of the year.Â  This does not include startup handset makers who show up out of nowhere loading Android on hardware.Â  It’s likely that AT&T and Sprint will like the ‘small strings’ option so they can brand the handset around their own services yet keep enough “Google” loaded to satisfy the masses.Â  Further, those handsets could also be set up so that users can’t get access to things like tethering apps and other titles that the carriers aren’t fond of.

Taking the idea of rooting and jailbreaking out of the equation, what option appeals to you the most?Â  Do you like having a bunch of Google services and apps already loaded or would they be promptly deleted? We’d love to hear your thoughts!