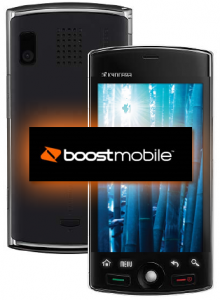 Kyocera unveiled their Zio M600 over two months ago at CTIA yet we’re still waiting to hear which carrier will be offering the device.  The last time we checked in, it was rumored to be Sprint-bound with a $99 price tag attached to it.  A source of ours is telling us tonight that it’s actually headed for Boost Mobile with a possible Best Buy exclusive deal. Close enough, right?

The Zio M600 has received somewhat lukewarm reception thus far as it’s on the low end of the Android totem pole.  We played with one at CTIA and found it to be rather unremarkable.  However, this might be the key to its success.  With a rumored $169-$219 unsubsidized cost and a $50 all-you-can-eat calling/data plan, the Zio M600 could do very well.

As a quick refresher, the features include: