Happy Tuesday, you lovelies. Are you loving life as much as I am? I just got the shipping notification for my Galaxy Note 7! I can’t wait to bring you guys my thoughts on the phone, some accessories, and whatever else may pop up! Are you getting a Note 7? After you read the rumors for today, head down to the comments section and let us know whether you’re considering picking one up or why you’re skipping it.

Today we have some news on a Samsung Galaxy phone with a MASSIVE battery and a beautiful new Xiaomi phone that may or may not have bezels. Let’s jump in.

FoneArena has been tipped off to what could be the Samsung Galaxy A9 Pro. Back in March Samsung released the Samsung Galaxy A9 in China with some impressive specs. The A9 has a 6″, 1080p display, Qualcomm Snapdragon 652 processor, 4GB of RAM, a 16MP main camera on the back, and an 8MP front-facing camera.

We could be seeing the Pro version of the phone launching in India soon with that aforementioned 5000mAh battery. FoneArena’s leaker states that phone is “A series pro device with 5000mAh battery” and will cost roughly with the Galaxy A9 does in China.

It’s a bummer to see these phones only released in foreign markets, but they can be imported for a price. The rumored price at launch will be 35000 Indian Rupee (INR) which translate to about $520 at the time of publication. If you’re looking for an alternative to the Galaxy S7 or Galaxy Note 7, but love Samsung phones, this may be one you might consider bringing over to the states. 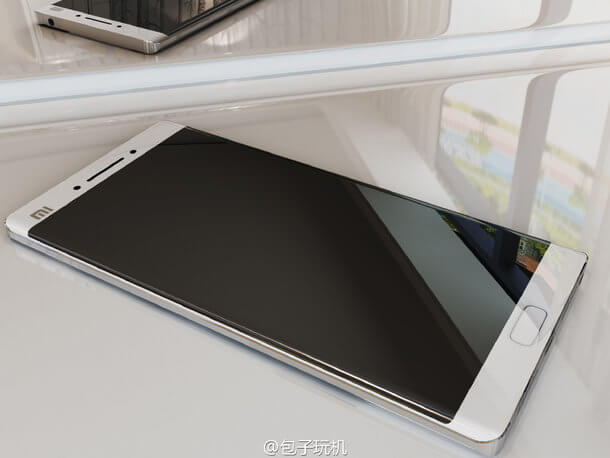 It seems that curved displays are the way the phone manufacturers are headed. Samsung started the trend with the Galaxy S6 Edge and have continued on with several models featuring curved displays since. There was even a rumor that Samsung would only employ curved displays from here on out in its Galaxy lineup!

Xiaomi appears to be joining the trend if the leaked photos of the Mi Note 2 are any indications. In the picture above you can see that the Mi Note 2’s edges are slightly curved in much the way the Samsung Galaxy Note 7 is, rather than the more defined curves of the Galaxy S7 Edge. This leads to phones appearing to have zero bezel, which looks fantastic.

The Mi Note 2 is also said to have 6GB of RAM, 128GB of internal storage, a 4000mAh battery, and will be powered by the Qualcomm Snapdragon 821. The curved display will be 5.7″ and come in at a resolution of 2560 x 1440. It’s been about 18 months since we’ve seen the Mi Note debuted so we expect to see the Mi Note 2 hitting shelves (or online stores) soon.

That wraps it up for today! What do you think of Samsung and Xiaomi putting out these new superphones? Would you consider importing one? Let us know down in the comments what you think about these phones or if you plan to pick up the Note 7.