Welcome back to another Rumor Roundup! Yesterday was exciting, wasn’t it? We saw Samsung unpack the Galaxy Note 7 and Instagram declare war on Snapchat with some new functionality. Today could be even better! We have some exciting rumors surround the new functionality we’ll be seeing the next Nexus devices and how the LG V20 and Moto Z Play will stack up against the specs of other devices on the market. Let’s get to it!

I’m a huge, huge Nexus fan so this leak is particularly exciting for me. AndroidPolice has received a tip that in the next Nexus devices we’ll be seeing some all new features using the fingerprint scanner!

The new HTC made Nexii (codenamed Marlin and Sailfish) will reportedly have fingerprint scanners on the rear of the phone just like the Nexus 6P and Nexus 5X from 2015 and you’ll be able to use that scanner to open up the notification shade just by swiping down on it. You can see in the below animation how it works. We’ve seen features like this in Huawei phones before so while this isn’t earth-shattering in originality, it will be welcomed by those of us who struggle to reach the top of our phones.

If the Note 7 isn’t exactly your speed, or you don’t feel like paying $800+ for a phone, the LG V20 might be the most exciting Android phone yet to debut this year. The hype levels of our writers here at AndroidGuys are off the charts because we know if LG can build on a pretty solid V10 from last year, it will have a winner on its hands.

Now, some of these specs don’t exactly make sense to us, but we’ll have to see how they pan out when the phone is released in September. A downgrade in screen size, resolution, and base storage doesn’t sound much like an upgrade over last year’s model, but LG has proven over and over again that it’s not afraid to try new things with its devices, so maybe it is cutting some costs to be able to drop the asking price. We’ll know for sure in about a month.

The Moto Z Play gets certified

Motorola has already released one of the most compelling phones of the year so far in the Moto Z Force (review here) and now we’re getting a peak at its sibling, the Moto Z Play. The Z Play recently passed through TENAA, China’s regulatory administration so we know the launch is imminent.

The Moto Z Play will have a 5.5″ AMOLED display at 1920 x 1080p, a fingerprint scanner, 3GB of RAM, 64GB of storage (expandable), and will be powered by the Qualcomm Snapdragon 625 SoC, which will be clocked at 2GHz. The new Moto will also run Android Marshmallow 6.0.1 out of the box and support dual sim cards.

One of the most intriguing things in the leak is the battery size (3510mAh). With a battery that large, and a lower resolution display and less power hungry processor than most flagships, this could truly be a battery life champ.

The rear camera will be a 16MP shooter with a 5MP front-facing camera. We’ll see the return of LED flash on the back as well.  The device will feature the same pogo pins that can be found on the back of the Moto Z and Moto Z Force so Moto Mods will likely work for the Moto Z Play as well. No release date information has leaked yet so we don’t know exactly when we’ll see it in the flesh, but it shouldn’t be too far away since it’s going through the certification process now.

That wraps up our list for today. Let us know down in the comments what excited you the most, the new Nexus fingerprint scanner functionality, the LG V20 or the Moto Z Play. 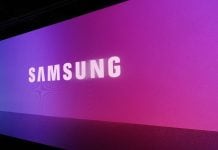 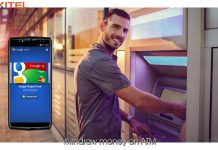 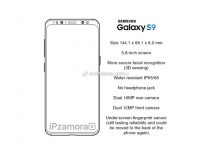