Welcome back to another edition of our Rumor roundup. The weekend is fast approaching, and I don’t know about you but I need a few days off! We haven’t seen a ton of leaks and rumors so far this week but today brings us some interesting news. Sprint has us saying “What year is it?!” with some quotes from Softbank’s (who own Sprint) CEO, Nokia could be showing off some new devices THIS YEAR (!!) and Asus is teasing an incredible announcement. Let’s jump in. 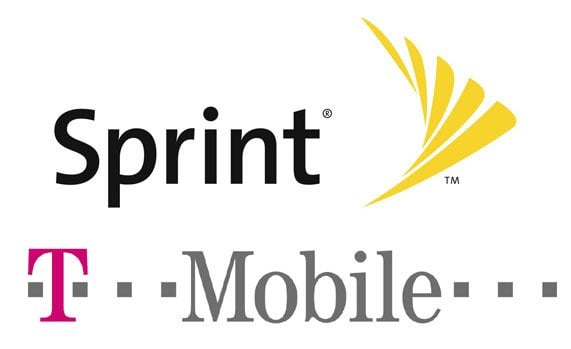 You may remember waaaay back in 2014 that Sprint and T-Mobile almost merged. I say almost because the FCC shut down the idea pretty quickly due to it decreasing competition in the marketplace. Well, that was then and now with the possibility of a new FCC commissioner, Masayoshi Son (Softbank’s CEO) says that it would like another go at merging with T-Mobile.

Son is trying to make the case that Sprint won’t be able to survive as a fourth-place carrier on its own and the only thing will save it will be a merger. We don’t know how true that is, but we recently got some reports about how far behind the rest of the pack Sprint is. Sprint has seen some success with its newest promotions and lower prices, but the carrier’s churn rate (the percentage of subscribers in a given time frame that cease to use the company’s services for one reason or another) is still sitting the highest of any carrier at 2.98% as of Q1 2016.

John Legere was rumored to head a merged Sprint/T-Mobile carrier last time around and he would be an obvious choice this time around too if he was interested. We’ve seen what he’s done with the cards being stacked against T-Mobile in a few short years, imagine what he could do with even more spectrum and a larger customer base.

All of this is dependent on if the next head of the FCC is more in favor of a merger so it will be interesting to see who takes up the post. We’ll be keeping an eye on this and bring you updates when they happen.

Details are a bit bare on this one, but Nokia is so well loved that we felt we needed to bring you the details we have seen. According to Mike Wang, the head of the joint management team at Nokia China let it slip that Nokia will be showing off three or four devices by the end of the year, looking toward a launch in early 2017.

Nokia has been rumored to be working on a couple flagship devices with Snapdragon 820 processors, QHD displays, 22.6MP cameras and Android 7.0 at launch. I don’t know about you, but I couldn’t be any more excited about this than I already am. I know this isn’t the Nokia of old, but we all have fond memories of our first Nokia brick phone and if Nokia can capitalize on that at all then we’re going to get some great devices.

ASUS says it’s time for something incredible. Keyword: time. The Taiwanese tech giant is apparently teasing its new smartwatch, the ZenWatch 3. We’ve seen a few leaks of the new, rounded watch along with some FCC filings that revealed it supports Bluetooth 4.2 and Wi-Fi b/g/n. The device is said to move from the square design of previous generations to a new rounded design with a stainless steel back. Also revealed was that the watch will support fast charging and will have customizable keys.

The time for something incredible is now! #IFA16 #ASUS pic.twitter.com/D7GgqHJvUW

All should be revealed at the August 31 event with physical units likely on display at IFA 2016 in early September.