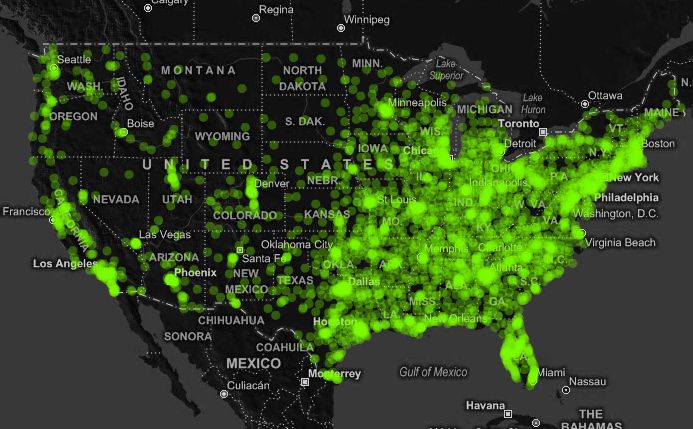 Here’s a rumor that we’d like to see play out if only for curiosity’s sake.Â  According a tipster of ours, Sprint has been working with an unusual partner on a project to help build out their WiMax network.Â  As we all know the carrier plans to release handsets later this year with WiMax capability.Â  But what good are these cool phones if there’s no network to support it?Â  Enter that mysterious partner… Wal-Mart.

Our source tells us that the effort to grow the nationwide WiMax network includes placing place WiMax towers on the top of all Walmart locations.Â  According to them, they were advised to consider how many stores overlap each other in a 30-50 mile radius.Â  Essentially, this would be enough to cover a good chunk of the United States. Plus, this would not cost nearly as much as erecting towers and dealing with hassles like zoning permissions.

We’ve seen more ridiculous rumors come to fruition so it wouldn’t surprise if this pans out.Â  Our source has provided us with information in the past and we feel pretty good about it.

On a side note, if you want to be creeped out, watch this time-lapse video that shows Walmarts as they’re opened by year.