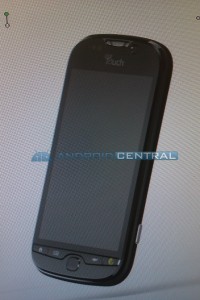 Android Central has been passed what is said to be the first picture of the upcoming myTouch 3G HD from T-Mobile.  Looking more than a tad legit, this is the first we’ve heard of said device.  Looking closely at the picture, we can see the Genius Button which made its debut on the myTouch 3G Slide a few months back.  Add to that an eerily similar form factor and we’re on board with this as the new, big brother in the myTouch lineup. We’d like to think that having HD in the name implies a 3.7-inch screen (or larger) with 720p video recording and/or playback.  Check out the top off the phone (image after break), near the earpiece.  Looks an awful lot like a front facing camera, no?

Here’s where things get fun.  Remember the phone that T-Mobile started teasing us with yesterday?  You know, the first HSPA+ phone from the carrier.  It was found that the source code from the mini-site had references to “Vanguard” all over it.  Today, there’s not a trace.  Instead you’ll find the term HSPA littered about. T-Mobile probably realized the codename was pretty much out in the public and had to jump into action.  Fair enough.

We know that the phone listed on the HSPA+ site is only a render, but it does resemble the myTouch 3G HD.  So let’s assume these two are one in the same.  Where does that leave us?  Our hunch tells us that the HTC Vision/G1 Blaze is possibly the Project Emerald device slated for later in the year. 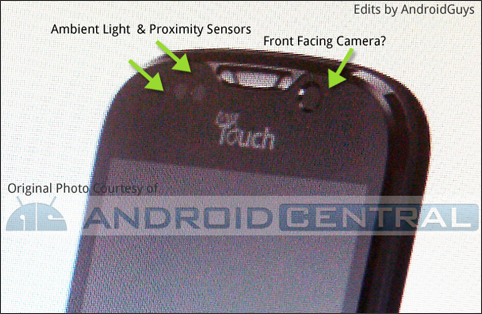