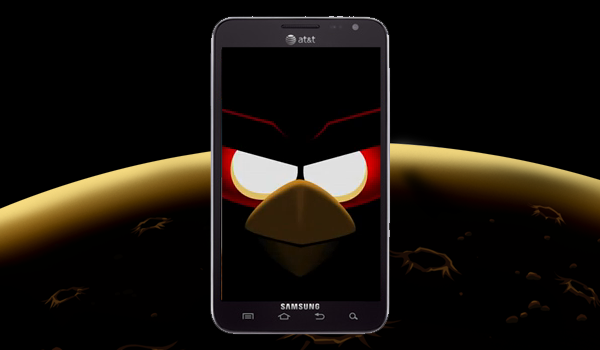 If you’ve been following Samsung and Rovio on YouTube or Twitter lately then you’ve likely picked up on the fact that the two companies are tied together pretty tightly lately.  And if you’ve been paying attention to Android games then you know that Angry Birds Space is but a few weeks away.

What if you cannot wait until March 22nd and you have to get your Angry Birds fix now?  Pack your bags and head off to Austin for SXSW. Once there, you will need to sneak into the Blogger Lounge. Why? Because the two companies will be on-hand giving demonstrations of the new game on Samsung’s Galaxy Note.

And as if you needed any more incentive to buy a Galaxy Note, Rovio has created exclusive game content for Samsung Galaxy devices.  As to whether that means levels, birds, or achievements remains to be seen.  Stick around though, we’ll find out in but a day or so!