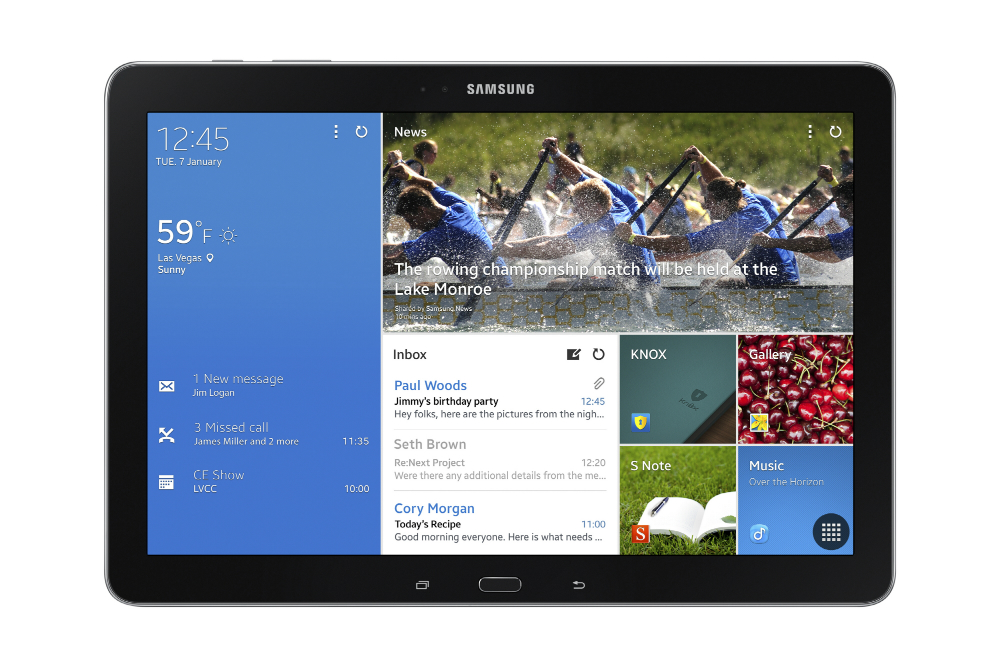 Samsung has officially announced its latest line of Android-based tablets, pulling the curtain back on the Galaxy TabPRO and Galaxy NotePRO family. Arriving later this quarter, you’ll find that the tablets range from 8.4-inches to 12.2-inches and all are powered by Android 4.4 KitKat. These new tablets boast a Samsung TouchWiz / Magazine UX that lends to a better experience on larger displays.

Moving into bigger, possibly better sizes, the Galaxy TabPRO 12.2 moves the needle up with 32GB and 64GB internal storage, 3GB RAM, a microSD expansion slot, and a 9500mAh battery. As for the Galaxy NotePRO line, it’s what you might expect in that it features the implementation of an S Pen stylus.

Pricing for the new line of tablets is not yet known however we can expect a global launch later this quarter.