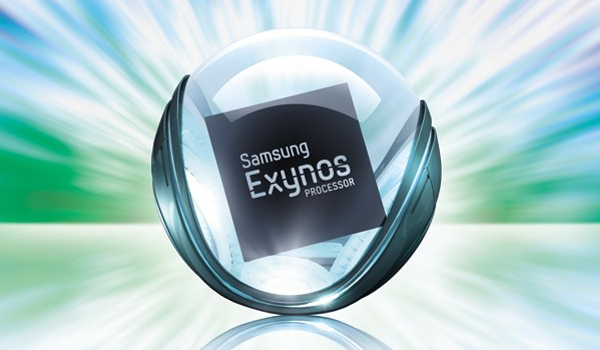 There’s this little company you probably haven’t heard of called Samsung. Anyway, apparently they had a couple of good phones over the past couple of years that sold a few units and…yeah, I can’t keep that up. Long story short, those of you like myself that have been looking high and low for real information on the upcoming Galaxy phone can at least glean one piece of fantastic information: it’ll be running that rumored Exynos 1.4 quadcore processor. In a press release and a shiny video (which we’ve got below, thanks The Verge) Samsung announced both the specs of the new processor and the fact that’ll be powering their next Galaxy line ” that will officially be announced in May”. Beyond being ridiculously fast, the processor manages to buffer battery life 20% better than the previous Exynos line, which is not a small feat. The processor is also “pin to pin compatible” with the last gen Exynos, allowing manufacturers to use similar boards with less cost. Check out the press release and video below and I gotta know: Are you as excited as I am? Let us know in the comments!

Multi-core processing delivers enhanced performance, enabling users to accomplish more tasks in a shorter period of time. For example, a task such as streaming video can run on one core while the other cores update applications in the background, connecting to the web and scanning virus-check simultaneously.

Benefitting from a use case where the parallel processing and workload sharing among the four cores is necessary, the Exynos 4 Quad is particularly well-suited for heavy-load applications such as 3D games, video editing, and calculation-intensive simulation.

Due to its 32nm HKMG low-power process and power-saving design, the Exynos 4 Quad has two times the processing capability over the 45nm process based Exynos 4 Dual while consuming 20-percent less power. To improve power efficiency, Samsung adopted hot-plug functionality to support on-off switching for each core as well as the per-core dynamic voltage and frequency scaling (DVFS), which offers a dramatic reduction in power consumption by adapting different levels of voltage and frequency when changing workloads.

Samsung developed a power management IC (PMIC), the S5M8767, as a companion chip to power the Exynos 4 Quad processor. By integrating various circuitry such as nine highly efficient and programmable buck converters and 28 low-dropout regulators (LDOs) into the small package of 5.0 mm x 5.0mm x 0.4mm, the S5M8767 is designed to scale up or down the dynamic voltage depending on the clock speed in 6.25mV step for managing power delivery and maximizing battery life at the system level.